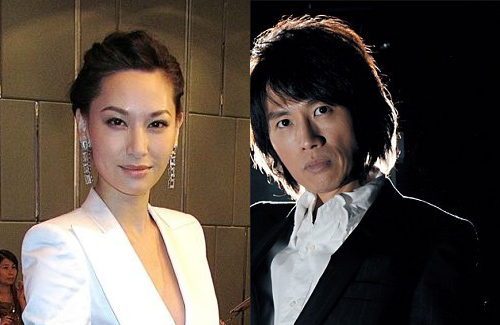 The female lead for Dayo Wong (黃子華) new TVB drama has finally been found! After the media reported that Carol Cheng (鄭裕玲) and Charmaine Sheh (佘詩曼) were both considered to star opposite Dayo, Kate Tsui (徐子珊) and Sharon Chan (陳敏之) are now confirmed to be the lucky ladies instead.

War of the Genders producer Tsui Ching Hong (徐正康), who returned to TVB recently, had wished to film a sister production to the highly successful drama from 2000. Although Carol Cheng had been offered to costar with Dayo, she prioritized her own health situation and turned down the filming offer.

TVB also explored the option of asking Charmaine Sheh (佘詩曼) to return for You’re Hired 2 <絕代商驕>. Although Charmaine desired to work with Dayo again, there were conflicts in her work schedule and she also declined the filming offer.

Dayo is currently meeting with TVB management to add input towards the pre-production details of the new drama. Dayo reported was given creative freedom in developing the script as well as casting choices. Principal photography for producer Man Wai Hung’s (文偉鴻) drama will commence in April.

Working with Dayo will surely raise Kate Tsui’s profile further. The 33-year-old actress was thrilled to be working with Dayo and will put her in best efforts. “Many of my good friends regard Dayo as their idol. After the news circulates, many friends will likely drop by to visit the set. Now I’m listening to the story but have not seen Dayo yet,” Kate said.

When reporters teased Kate that she was standing in for Charmaine Sheh, Kate said, “I don’t have the qualifications, but with such an opportunity, I will try my best.” Kate is already feeling nervous in starring opposite the talented Dayo, who is known for his previously highly-rated dramas.

In the drama, good friends Sharon Chan and Kate Tsui will both love Dayo. Sharon expressed her admiration for Dayo’s comedic talent, especially his stand-up comedy shows. “In the drama, Dayo will be my boss, who hopes to improve me, changing me from a person lacking confidence to a successful individual. I misunderstand and think that he is interested in me,” Sharon explained why her character will have a crush on Dayo.

Note: This article was updated on February 26, 2013 at 11:21 PM to reflect additional cast information that has emerged.