It appears that Wong Kar Wai (王家衛) has finally found a successor to emulate his slow-paced shooting style! It has been nearly four months since Donnie Yen’s (甄子丹) The Iceman Cometh 3D <3D冰封俠> has begun production, but the action flick is not even halfway done. Costar Eva Huang (黄圣依) compared Donnie to Wong Kar Wai, exclaiming, “We haven’t filmed much. I don’t even know when we’re going to be done. I feel like I’m doing a Wong Kar Wai film!”

The Iceman Cometh 3D is a loose remake of the 1989 film of the same name, which starred Yuen Biao (元彪), Maggie Cheung (張曼玉), and Yuen Wah (元華). Featuring Donnie as a Ming Dynasty general, the 3D remake tells the story of Donnie’s accidental travel to the future as he is trying to run away from a royal guard, portrayed by Lost in Thailand <人再囧途之泰囧> star Wang Baoqiang (王宝强). Both Donnie and Baoqiang end up in present-day Hong Kong, where Donnie meets Eva Huang’s character, who eventually becomes his love interest. The comedy action film is directed by Law Wing Cheong (羅永昌) and produced by Wong Kin Sun (黄建新).

Donnie, who is also serving as the film’s action choreographer, revealed that the crew had just completed a seven-minute fight scene that took ten days to film. “I have high demands and the director has many demands. That is why the scene took so long to film,” Donnie justified.

The mentioned scene involved Donnie smashing a table while he was in an argument with Eva. The scene ends with Eva crying and storming out of the apartment.

As Donnie was busy preparing for the stunt and the props, Eva had to practice her tearful scene with director Law. Law requested Eva to shed out a tear in the shortest possible time, in which she managed to do in less than three seconds. Eva did not stop crying until Law yelled cut. Eva’s crying scene was completed within three takes, impressing the production crew and Donnie, who cried out, “Amazing!”

According to Eva, a significant chunk of the movie would be shooting on location in Beijing, but the crew is not even near to completing the Hong Kong scenes. Previous actions scenes that were filmed in the Tsing Ma Bridge and Central also had to be re-shot. At the film’s current shooting pace, the film may end up exceeding its initial $100 million HKD production budget. 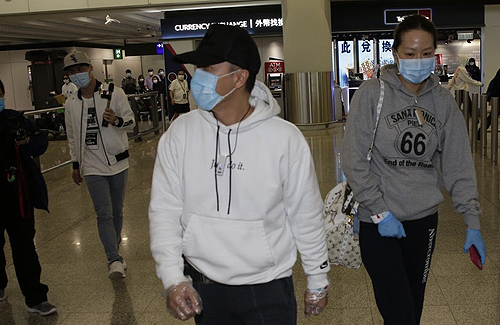 Donnie and his family are in mandatory 14-day quarantine following their return to Hong Kong.