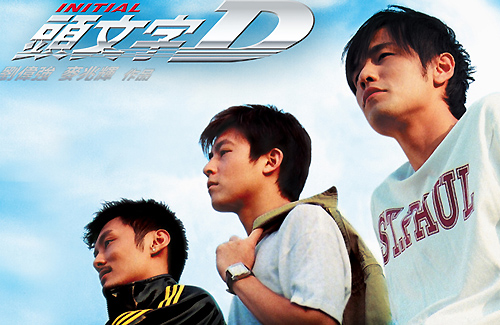 Since 2006, rumors have circulated regarding a sequel for Initial D, which was adapted from the Japanese manga and anime series of the same name. The earliest reports claimed that Jay himself would direct Initial D 2. However, there has been no confirmation on the final cast, and director Andrew Lau previously shared that the only details he could reveal were that Jay and Edison would return.

Recently, Jay posted a photograph of himself next to a white Toyota AE86, with a message directed at Hong Kong actor Shawn Yue (余文樂), one of his costars in Initial D: “My AE86 is ready. [Shawn], what about you?” Shawn then took a screen capture of the post and published it on his Instagram account, saying, “I just received the post that Jay sent to me! If I film [the sequel], will you all really go watch?”

Initial D told the story of how tofu-delivery driver Takumi Fujiwara (Jay Chou) becomes an experienced auto racer. Along the way, he befriends fellow racer Ryosuke Takahashi (Edison Chen) and joins his racing team at the end of the movie. It is currently unknown how the storyline of Initial D 2 will pick up from the first installment.