Johnnie To: “Who Wants to Cast Cecilia Cheung Now?” 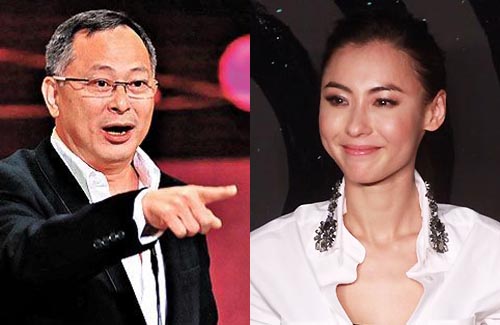 Director Johnnie To (杜琪峯) was brutally honest in pointing out that he does not want to cast Cecilia Cheung (張栢芝) in his movies because of her complicated personal life and negative gossip. He admitted that there is an overall shortage of Hong Kong actresses over 30 years old he preferred to cast.

While promoting Don’t Go Breaking My Heart 2 <單身男女2>, Johnnie explained why Mainland actress Gao Yuanyuan (高圓圓) has become a recent casting favorite. Filled with praise for the 35-year-old actress, Johnnie nevertheless cast Yuanyuan as a superficial love interest in 2013’s Blind Detective <盲探>. Johnnie said, “It was especially hard to find someone who can get Andy Lau (劉德華) to fall in love with her, so I asked Yuanyuan to help out, and it worked.”

Pointing out that Cecilia Cheung (張栢芝), who starred in Johnnie’s Running on Karma <大隻佬> is a qualified actress over 30, Johnnie said, “Yes, she is also pretty good. Unfortunately, she got herself into some messy issues. She’s also divorced. Who wants to use her [now]?”

63 comments to Johnnie To: “Who Wants to Cast Cecilia Cheung Now?”