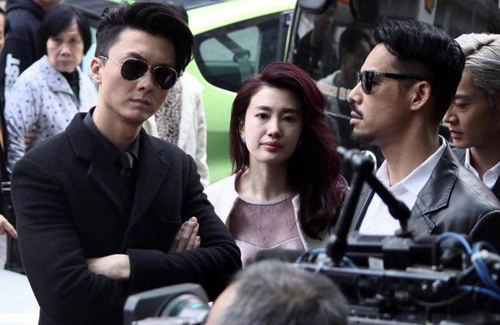 TVB released the ratings report for the week ending 16, and Al Cappuccino <反黑路人甲> was the top viewed series for the week. Starring Vincent Wong (王浩信) and Owen Cheung (張振朗), the light-hearted drama has been entertaining audiences during these stressful times.

Most of TVB’s ratings in 2020 have been inflated due to COVID-19 as more viewers stay home. While Al Cappuccino averaged 30.1 points in viewership in its first week of broadcast, it still lagged behind Forensic Heroes 4 <法證先鋒IV> and Airport Strikers <機場特警>, which aired during the peak of the virus and averaged 35.7 and 32.8 points respectively during their premiere weeks.

As expected, popular sitcom Love Come Home: Lo and Behold <愛•回家之開心速遞> held its steady ratings and averaged 30.8 points. In its final week of broadcast, On-Lie Game <迷網> averaged 29.1 points and 29.3 points in its final episode. Although the entire series only garnered 27.9 points, it is still the fifth most-watched drama this year.