Ali Lee Disappointed She Won’t Be in “Legal Mavericks 2” 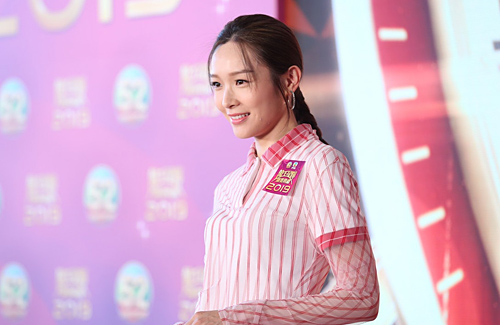 TVB unveiled their nominations for this years Awards Ceremony in a press conference today. Ali Lee (李佳芯) was nominated for Best Actress and My Favorite Actress for her role in Big White Duel <白色強人>, but the 37-year-old actress doesn’t feel she has strong chances to win this year.

“Every year I approach everything with a calm heart, but I was touched when I saw Iris Lam (林凱恩) cry when she learned of her nomination. It reminded me of when I first joined the industry and how lucky I felt to even be able to compete with so many great actors and actresses.”

Ali was the winner of Best Actress last year for her role in Baby is Coming <BB來了>. Unlike many others, she did not cry when giving her acceptance speech which is due to her stoic personality. Unfortunately, she is often misunderstood as having attitude problems because of this. “To be honest, it’s pretty hard for me to cry. So many people asked me why I didn’t cry during my acceptance speech, but I am someone who is not very easily triggered. Therefore, I constantly remind myself to smile and laugh to avoid people from saying that I’m snobby or hard to get along with. If I don’t smile then people think I’m unhappy!”

Legal Mavericks 2 <踩過界 2> recently disclosed the cast list and Ali’s name was noticeably absent. She later posted a photo on Instagram with the caption, “Go with the flow.” Ali later explained that she was actually on vacation at the time. “When I’m on vacation, I don’t pay too much attention to news in Hong Kong, so my post was actually unrelated to the news. When I first learned of it, I was a little disappointed because I really like this character, but I have gotten over it. You have to be flexible; I’ll go where I am needed. I’ll leave it up to fate. Some things are not meant to be yours and I will focus on my current work.”