Andy Hui Apologized to Big Four for His Affair 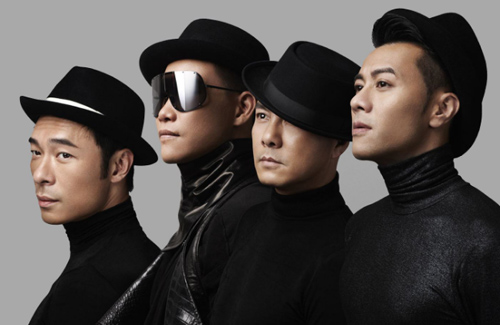 Since Andy Hui (許志安) and Jacqueline Wong‘s (黃心穎) affair with came to light, Andy’s friends and fellow band members of Big Four, William So (蘇永康), Edmond Leung (梁漢文), and Dicky Cheung (張衞健) were often asked for their opinions on the scandal.

After the incident, William sent out emojis to support Andy’s wife Sammi Cheng (鄭秀文) , but he left few messages. Many fans are divided by William’s actions. Some wanted William to do more to scold Andy, while some are criticizing William for speaking up. Some fans felt that William is not qualified to speak and even spoke out on William’s troubled past, including using illicit drugs, driving under influence and divorce.

Andy Apologized to the Big Four

When asked about the scandal in a radio interview, William provided the following, “Sammi was quick to reply back. Andy is someone who needs to settle his emotions. Andy came up to the Big Four and apologized. I said, ‘Are you crazy?’ Back in 2002, I was at the lowest point in my life and every morning at 8, you would look for me to go surfing. That year our concert wasn’t selling well because of me and you didn’t abandon me. You can’t say these things right now.”

Having known the couple for over 30 years, William is confident that the couple will be able to get over this obstacle in their relationship, but he acknowledges that it will require work, “It’s hard for women to accept this incident, but they can overcome this because of their faith. Andy cancelled his concert in September and in fact, he needs to rest. Sammi is very brave and is a professional. Show must go on!”