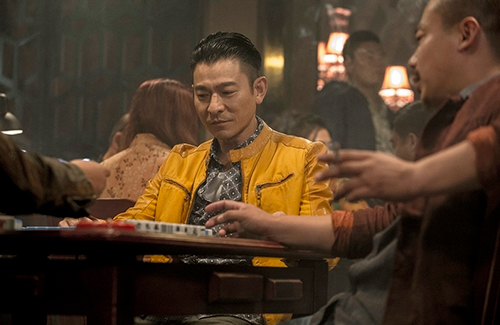 Andy Lau (劉德華) is a family man and a dedicated father. When he’s not busy acting in front of the camera, the 54-year-old celebrity dad would dedicate most of his time to his four-year-old daughter. Sources say that he would wake up as early as 3 in the morning to cook breakfast, and have Hanna be ready for school by 5.

This is the complete opposite of Andy’s role in his upcoming action film The Bodyguard <特工爺爺>, which also stars Sammo Hung (洪金寶). In the movie, Andy plays a gamble-addict and an irresponsible father who often yells and beats his daughter. In the end, he runs away and leaves Sammo to care for her.

Ironically, Andy’s own father reminded him of his role. Though Andy’s father was no where near as irresponsible and abusive as his character, his father often yelled at him and was very strict.

“Yelling at kids do not equate to good communication,” said Andy. He shared that his father did not know how to communicate with his kids besides yelling at them. Although his father was a driving instructor, he never taught Andy how to drive because he would spend most of his energy yelling at Andy.

“He’s not a bad person,” said Andy in retrospect. “It’s just that he doesn’t know how to communicate with his kids.”