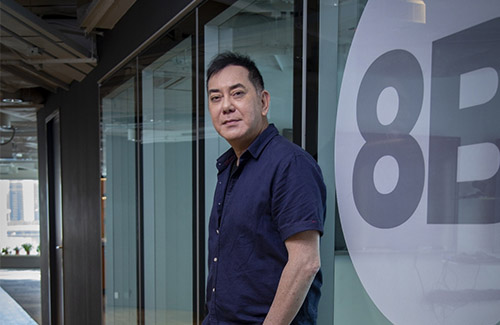 Breaking into international industries is no easy feat for any celebrity, regardless of origin. For Film King Anthony Wong (黃秋生), it took years and years of garnering success at home before he even had the possibility of moving past Hong Kong to other countries.

Starring in the new British TV crime drama series White Dragon (called Strangers in the United Kingdom), the actor talked about the differences between Hong Kong’s own local productions versus overseas productions from the West, and why Hong Kong is lagging behind. 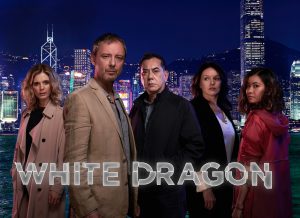 Asking if that is the sole reason as to why British shows are “better” than HK dramas, Anthony said, “It has nothing to do with how slow or how quick a production is. In fact, this just shows that Hong Kong people are great at doing their job. Though, of course, everything would improve if more time was given. Overseas productions also have much higher budgets, with a much bigger market.”

Anthony, who has filmed for both ATV and TVB before, was asked to compare the filming styles between Hong Kong and Britain. He said, “Each TV station has its own style. It’s hard to explain it in just a few words.”

How about TVB? Anthony frowned and said, “Can’t even compare! [In Britain], you would never hear people yelling at the actors. They’re very polite, especially the British. But in TVB? You’ll first hear about your mother, then your father, and then your ancestors. Everyone gets irritable. It’s not a good thing.”

Anthony remarked that Hong Kong’s television market has shrunk over the years, and Hong Kong can blame no one else but themselves. “Hong Kong’s market is so small! It wasn’t like that before—TVB dramas used to get distributed all over the world, but now all of that is shrinking. The dramas are getting worse, the actors are getting worse, the makeup is lazier, the props are getting cheaper. Now Korea has caught up, and Thailand is getting creative. No one wants to watch you anymore. Now we can’t even get creative. You can’t say those things, you can’t do these things, and you can’t do those things. Nothing is allowed anymore.”

Hong Kong’s Newer Actors: Just a Job, Not a Passion

Though Hong Kong has cultivated many talented and award-winning actors in the past, the new generation is suffering. Critics say our generation’s “weaker” actors have something to do with the lack of resources, and many actors are forced to learn on the job—unlike actors in the past, as most of them received professional training.

“They are not being trained on the job,” said Anthony. “Do you see it? They just have the job. They get trained by just standing on the side and watching you. That is not actual training. That is called tau si (偷師; to secretly observe).”

Anthony, who is a Hong Kong Academy for Performing Arts graduate, was asked if casting alumni from the HKAPA would be the better bet. He said, “Not exactly. People like Sean Lau (劉青雲), Francis Ng (吳鎮宇), Tony Leung (梁朝偉), and Andy Lau (劉德華) were not alumni, yet they were still great. Why? Because they were willing to learn. They studied film, read books, and did everything they could to learn about acting. The new actors today treat acting as just a job.”

Anthony also added, “You can also blame viewers for this. A lot of them don’t know the difference between good acting and bad. You cry with no tears, but the viewers still think your acting is great. Why? Because you’re good-looking. Turns out that being good-looking means you’re a good actor.”