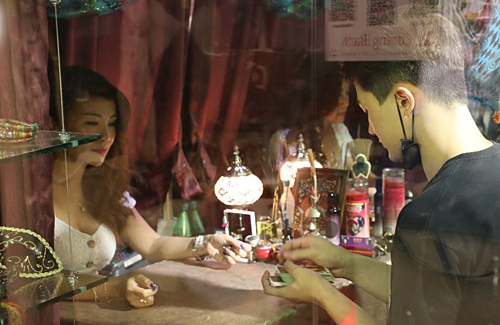 Hailing from a wealthy family and educated in England, the 27-year-old actor believes in working hard to attain his goals. Last year, he won a body building competition due to his healthy and fit physique. Despite a promising turnaround, Arnold’s personal life has been rather messy.

In May, reports surfaced accusing Arnold of cheating on ex-girlfriend Karen with 2018 Miss Hong Kong second runner-up Amber Tang (鄧卓殷). Although he already clarified that he is only friends with Amber, Karen has continuously attacked Arnold over the Internet. 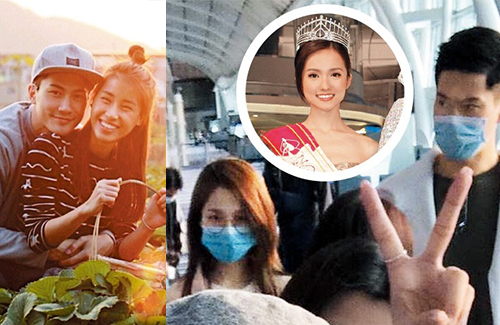 Evidently bothered by recent events, Arnold was spotted in Causeway Bay visiting a tarot card reader in hopes of curing his bad luck. After staying for 20 minutes and asking the tarot card reader Jessica for her advice, Arnold left the shop in a better and relaxed mood. As it turns out, Jessica is actually a very popular tarot master who previously studied under famous European tarot master, Hanna. Besides fortune reading and tarot cards, Jessica is also an expert in love counselling.

In a phone interview, Arnold admitted that he was introduced to Jessica by a friend. He revealed, “Jessica previously was on Big Boys Club <兄弟幫>. My friend introduced her to me, and she told me that I’m surrounded by bad people this year. I’m not superstitious; I just want some advice. Jessica is very good at advising others through tarot cards. Through her readings, I’ve reflected, managed to better understand myself, and know what I should pay attention to.”

Besides seeking out Jessica, Arnold is also actively taking matters into his own hands by sweating it out. Arnold has been frequently going to the gym and jogging at the park to reduce his stress levels.