“As Time Goes By” Accused of Normalizing Rape 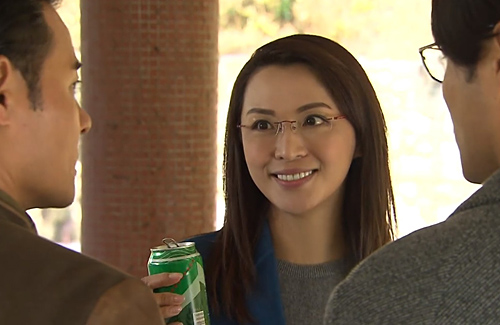 Currently broadcasting, As Time Goes By <好日子> stars Ben Wong (黃智賢), Alice Chan (陳煒), and Max Cheung (張達倫). It follows the lives of a large extended family living in the walled villages of Hong Kong. The story is largely centered upon one fateful night 30 years ago where young Ben, Alice, and Max were drinking after dark in a park. Eventually they became extremely drunk and Alice and Ben’s characters pass out. Max in his drunken stupor then is overcome with lust and rapes Alice. Max’s character runs away from home and the responsibility and blame is shouldered by his good friend Ben.

Many netizens felt that the drama was slow moving as the issue was dragged out over 12 episodes. In a recent episode, Alice reveals the truth about that fateful night. Alice invites Ben and Max to the same park where it happened and shows them her ID card, telling them that she was actually 16 years old at the time of the rape. All along, Max and Ben had been under the impression that she was younger than 16 years old and had been living with the fear of having to go to jail. Hong Kong law dictates that anyone below the age of 16 is considered a minor and regardless of whether they give consent, they cannot have any form of sexual relations.

However, many netizens felt that the drama was trying to normalize rape, as it was apparent during the scene that Alice had passed out and had not given her consent to Max. Even if Alice were 16 at the time, it would still be rape. Max’s character also tries to normalize the situation, stating that he and Alice were in love.

In a recent interview, Max said that the three stars felt uneasy about the scene. “We discussed this throughout filming and tried our best to understand it. Maybe after so many years, Alice’s character was looking for an excuse to release herself from all the pain? We were all very invested in our characters, so maybe our point of view will be slightly different from the audience. Of course, rape is something that should be frowned upon. It is important to have morals and to not have sexual relations while drunk.”

Not long after filming As Time Goes By, Max changed his contract with TVB. He is no longer managed by TVB, but still films with them on a per series contract. “I wanted to try new opportunities! I will release a Mandarin song soon and will be filming a new drama with Joel Chan (陳山聰) in August.”

7 comments to “As Time Goes By” Accused of Normalizing Rape