Benjamin Yuen Defends Bowie Cheung After Driver Flips Her Off 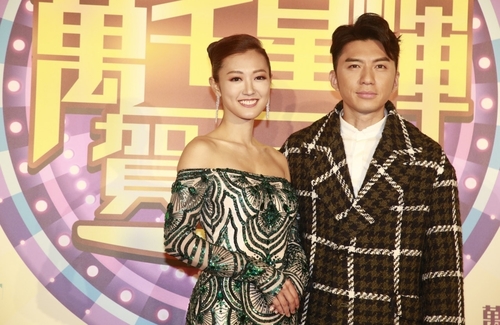 Since Benjamin Yuen (袁偉豪) and Bowie Cheung (張寶兒) began dating in 2017, they have been very loving towards each other, and it is clear Benjamin really cares for her. In several instances in the past, he always stood up for Bowie when she was attacked by netizens. Today, Benjamin showed off his manly side again after a fellow driver gave Bowie the middle finger on the road.

Frustrated, Benjamin took to Facebook to stand up for his girlfriend. Revealing the driver’s license plate, he wrote, “Black travel version of the Legacy B4, your driving attitude is very bad. You were speeding, pushed people, and raised your middle finger. Four-eye brother, I am giving you a like.”

Netizens and fans guessed they encountered unfriendly treatment while driving, but his harsh tone and vague post only left people asking for the whole story. Afterward, Benjamin replied with the details to satisfy people’s curiosity. Apparently, Bowie was driving in the fast line when a car behind kept flashing its high lights at the couple and pushing them. Finally, the car changed lanes, and Benjamin rolled down his window, pointed at the driver, and asked what he wanted. The four-eye brother gave Bowie his middle finger before speeding off.

“I think he is really terrible!” Benjamin exclaimed. “Being faster by a little is not a problem but pushing people is very dangerous.” A group of netizens left messages to support him.