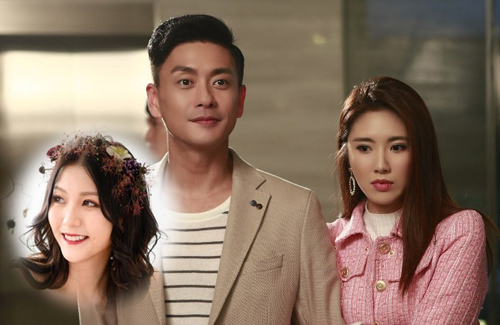 The latest tabloids claim that Bosco has been dating Chinese actress Sophia Zhang after their collaboration in 2016 drama With You <最好的我們>. Rumor has it that Sophia flew to Hong Kong to check on Bosco, who has allegedly been cohabiting with Rose. Sophia’s sudden appearance reportedly forced Rose to immediately leave his home. Even on Bosco’s birthday on December 13, Sophia visited him on the filming set to show her status.

Bosco and Rose have been linked together after their collaboration in Guardian Angel <守護神之保險調查> in 2017. Although Rose has been spotted on several occasions visiting his home leading to speculations that they are lovers, Bosco insisted that they are only good friends.

Regarding the latest gossip that he is caught between the two actresses, Bosco laughed and clarified that the rumors are false. He said that he is only friends with Sophia and Rose. The 39-year-old actor said he is currently single.

Since breaking up with Myolie Wu in 2012, Bosco had a troubled relationship with Hong Kong model Vanessa Yeung (楊崢) in 2014 and later dated Japanese model, Jun, in 2017.

Bosco Wong and Rose Chan: Lovers or Friends Only?

Bosco Wong Not Ready for Marriage with Girlfriend, Jun