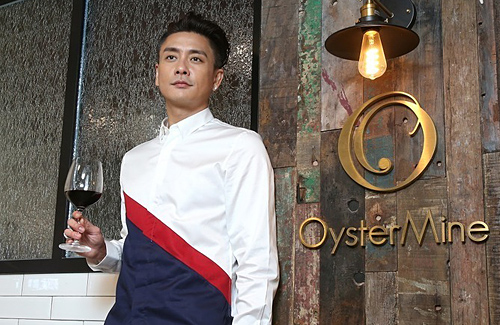 Turning 40 this year, Bosco Wong (黃宗澤) is at the peak of his career and runs a successful restaurant. Though many consider him to be a diamond bachelor, Bosco expressed earlier he does not feel the need to settle down and have children in the near future. It is easy to see why, given Bosco’s strong desire in freedom in a dating relationship.

His longest relationship lasted eight years with Myolie Wu (胡杏兒), and afterward Bosco dated Hong Kong model Vanessa Yeung (楊崢) and Japanese model Jun. Though linked with Rose Chan (陳嘉桓) after her car was seen parked inside his building two nights in a row, Bosco however insists they are only friends. Gossip surrounding his love life has been endless, and news emerged that he was cheating on Rose with Chinese actress Sophia Zhang (张沙沙). Both Bosco and Sophia and have denied and clarified that they are just friends and colleagues.

Bosco’s recent short-lived relationships may be due to his inability to compromise his freedom. Revealing his three golden criteria when seeking a girlfriend, Bosco is very clear about what type of woman would make a suitable match. First, he states that he is someone who will prioritize his friends over his girlfriend. So she has to be okay with this and cannot be too clingy to demand that he spend all his time with her. Second, she cannot request for him to report on his whereabouts. Third, she needs to be forgiving. Even if he has rumors, she cannot be jealous or angry.

Is there any woman who can accept Bosco’s rules and remain so unattached in a relationship? Especially if relationships require emotional investment, Bosco’s criteria sounds too extreme and may make it impossible to have a lasting relationship together.