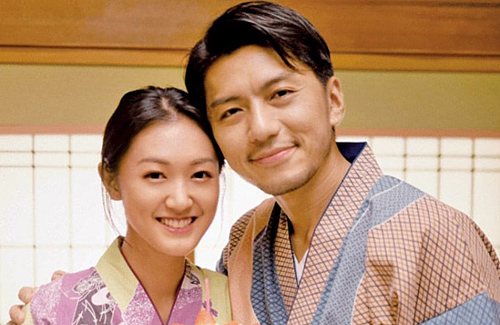 Benjamin Yuen (袁偉豪) and Bowie Cheung (張寶兒) began their relationship in 2017 after filming the travel show, All Work No Pay Holidays <打工捱世界>. Although the couple’s relationship was initially met with skepticism due to Benjamin’s short-lived relationship with Jennifer Shum (岑杏賢), they proved others wrong as they made solid steps towards marriage at the end of the year.

Throughout their three-year relationship, Benjamin and Bowie were rumored to be tying the knot. The couple recently purchased a new Clear Water Bay condo for $70 million Hong Kong dollars as they prepare for life together. The luxurious unit is 2,205 square feet in size and has both indoor and outdoor pool facilities.

While Benjamin is a popular TVB artiste and generates good income from advertisement endorsements, his new home came with an enormous price tag that astounded many people. It turns out that Bowie’s parents, who are reportedly extremely fond of Benjamin, helped the couple pay for the HK$40 million down payment, but requested the actor to complete mortgage payments for one year before getting married.

The dowry is generous by any standards, but will make a small dent in Bowie’s father Cheung Wong Wong‘s (張煌煌) wealth. Owning a thriving lingerie company, his real estate assets alone are valued at HK$300 million.