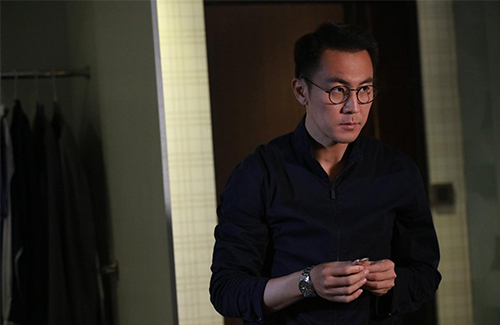 TVB psychological thriller Brutally Young <十八年後的終極告白> ended its 20-episode run on Friday, May 15th. While unable to surpass the viewership ratings of TVB’s Airport Strikers <機場特警>, Brutally Young has gotten near unanimous praise among netizens. Critics have also praised the drama for its gripping storyline, but acknowledged that the last five episode fell victim to plot convenience and lazy tie-ups.

In the finale, Yuen Sir (Dominic Lam 林嘉華) uncovers the truth behind his son’s death 18 years ago, and confronts Sam (Shaun Tam 譚俊彥) at the abandoned warehouse, the location of where his son was killed by Lai Kwok-ming. Sam eventually confesses to Yuen Sir about how he and his six classmates had disposed the body, as they assumed that it was Yat (Joel Chan 陳山聰) who killed him. Sam also confesses of accidentally killing his wife (Elvina Kong 江欣燕) while attempting to escape from Lai Kwok-ming. Yuen Sir urges Sam to turn himself in, but Sam refuses, unwilling to lose all that he had built in the past two decades. In a blinding flash of rage, he pulls out a knife and attempts to kill Yuen Sir.

At that moment, Yuen Sir’s daughter and Sam’s girlfriend, Kan (Mandy Wong 黃智雯) confronts them. Sam is desperate for her forgiveness and attempts to stab Yuen Sir again, but Yat arrives at the scene and blocks his attack. Fatally wounded, Yat urges Sam to stop his madness. He eventually dies under his knife.

Sam is arrested and trialed for involuntary manslaughter. Fu (Anthony Ho 何遠東) receives a much lighter sentence for illegal disposal of a body. Seeking repentance and closure, Sam attempts to get in contact with Kan during his time in prison, but all of his letters were denied. 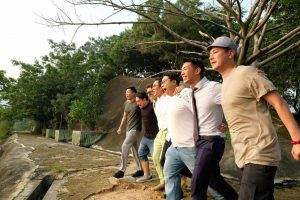 “If there was one thing I could tell myself back then,” said Sam. “It is this: admitting to your mistakes lasts only a second, but having a guilty conscience lasts a lifetime.”

Sam gets released 25 years later. He learns that Yuen Sir had already passed, and that he no longer has family in Hong Kong. Sam meets Fu again, who shares with him that he and Ching (Griselda Yeung 楊卓娜) got married soon after his release. Yat’s son with Sin (Vivien Yeo 楊秀惠) is now an adult and studying medicine. Dan Tat passed a year after Fu’s release, and Chui Shui immigrated to Thailand with his new family. Sam tells Fu that he wants to apologize to Kan one last time.

The episode ends with an alternate reality: the original seven boys staying together 18 years later.

18 comments to “Brutally Young” Series Finale: The End of An 18-Year Battle