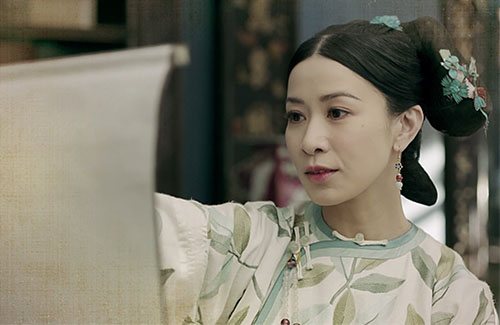 Chinese palace drama Story of Yanxi Palace <延禧攻略> is airing on TVB Jade with much fanfare and popularity, as viewers finally get to see another side of Charmaine Sheh (佘詩曼), HK-drama’s number one sister. In the Qing Dynasty drama, Charmaine plays a villainous royal concubine, a first in Charmaine’s 19-year television drama career. 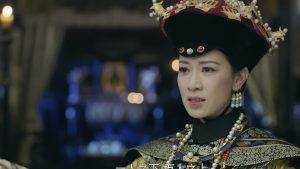 Story of Yanxi Palace takes during the reign of Qianlong (Nie Yuan 聶遠). It centers on the maid-turned-imperial consort Wei Yingluo (Wu Jingyan 吳謹言) who enters the palace with the mission to avenge for her sister’s death. Although Charmaine plays only a supporting role, her character’s drastic change as the show’s main villain has become a hot topic. Consort Xian is originally just an unassuming court concubine who just wants to live her life, but after a series of changes in her family and her mother’s death, Consort Xian turns into a manipulative person who schemes her way up the royal hierarchy.

In an interview to promote the show to the Chinese media, Charmaine expressed her happiness and glee at being able to play a villain role, a first in her television drama career. Charmaine did not ponder for long after being offered the role. “At least [playing a villain] allows me to be able to not only give the viewers a different feeling, but also myself as well. It turns out that playing a bad guy can be so fun.”

Many fans found it strange that Charmaine was willing to accept a supporting role offer, to which the 43-year-old said, “Is it really a supporting role? Who was lead and who was supporting in War and Beauty <金枝慾孽>? Even I can’t tell. After all, a palace drama would have multiple characters, and they’re all different and powerful in their own ways. Who does the emperor love? I feel that the drama itself is more important than me [being a lead or not]. As long as I have fun with [my role], I’ll be satisfied.”

Charmaine’s Superpower is the Mirror

It’s only been a week of broadcast in Hong Kong, but viewers are already getting chills down their spine seeing Charmaine onscreen. Consort Xian (Charmaine’s character) is aggressive yet gentle, and as she helps the two consorts (played by Tan Zhuo 譚卓 and Wang Yuanke 王媛可) ostensibly fix their hair, she confronts them in front of their mirror. These scenarios remind netizens of a similar scene in War and Beauty, when Charmaine used the same tactic on Gigi Lai’s (黎姿) character. 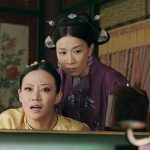 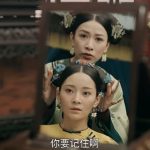 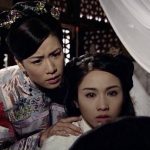