Controversial Vietnamese Film, “The Third Wife”, is Pulled from Theaters 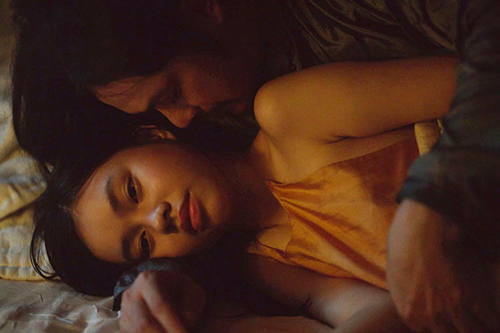 The highly acclaimed, yet decidedly controversial Vietnamese film, The Third Wife, has been pulled from theaters in Vietnam. Despite achieving rave reviews at the Golden Horse Film Festival, the movie’s controversial casting of a 12-year-old girl in the role of a 14-year-old girl who marries a wealthy landowner and becomes his third wife shocked the public. In the role, 12-year-old actress Nguyễn Phương Trà My had skin-baring bed scenes with adult male actors.

After premiering on screen for only four days, the film already grossed approximately 1.35 million HKD. Despite its box office and commercial success, it was removed after only four days of screening in Vietnam.

Many viewers were disturbed by the role performed by a 12-year-old and pointed the finger at Nguyễn Phương Trà My’s mother for allowing her daughter to take part in the film. Nguyễn Phương Trà My, who is now 15 years old, expressed her sadness over the situation. “I am a little saddened by this. I am sad for the other actors in the film. In other countries, the audience is lining up to praise us. Our film crew hoped that we could bring this film to the Vietnamese audience. We didn’t care about how much money it was going to bring in, but we just wanted the movie to screen in Vietnam. But now, it has been taken down after less than a week.”

In a recent interview, Nguyễn Phương Trà My’s mother expressed that she faced great pressure when she agreed to let her daughter film the movie. However, she has a different take on the public’s criticism about her decision. “Most of the professional film critics have praised the movie. Only a few have negative reviews about it. Why aren’t people more focused about how my child and I have received the applause of overseas audiences? Why aren’t they concerned about how touched we are about it? What about how happy we feel when we see overseas audiences line up for hours to get autographs? Many assume that my daughter will be unable to grow up healthily and happily because of this movie. Why can’t they believe and trust in our decision?”

Similarly, Nguyễn Phương Trà My’s father is also supportive of his daughter’s performance in The Third Wife. “Have these people considered the feelings of the actors, actresses, and their families? Or perhaps they didn’t think about how their comments may have inadvertently hurt the child’s ego as well as emotional and mental well-being. I only hope that The Third Wife can be publicly screened to allow the audience to not only enjoy the film, but also to consider the artistic value and how movies represent core cultural values for every country, rather than focus on their own menial sensitivities about a young girl acting.”

24 comments to Controversial Vietnamese Film, “The Third Wife”, is Pulled from Theaters