Diana Pang Reverses Into Rolls-Royce Driver; Matter Is Resolved With a Handshake 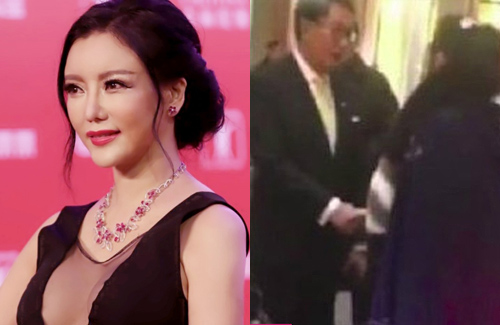 The actress is forgiven by the other party promptly after an apology.

Forty-six-year-old actress Diana Pang (彭丹) was reversing her Maybach car when she accidentally hit the Rolls-Royce behind. Fortunately, the matter was resolved amicably, and the Rolls-Royce driver had even got down from his vehicle for a handshake with her.

According to a video uploaded by Chinese netizens, the accident happened around 10.30 p.m. in Beijing and was caused by the oversight of a reversing driver whose car hit the vehicle behind. Later identified as actress Diana Pang, the driver who was at fault promptly went out of her car and apologized with a polite and sincere attitude, admitting her carelessness in the matter. She also took the initiative to offer a handshake, to which the other party, a male driver, repeatedly replied, “Not an issue.” Diana then clasped her palms to thank him for his gentlemanly response.

According to sources, the site of the accident is near the entrance of a posh-looking hotel. The Rolls-Royce driver was later identified as the CEO of a well-known direct marketing company in China called Pro-Health.

Responding to Mainland media’s reports on the car accident, Diana’s assistant said, “Online rumors that the car is worth 5 million RMB are false. The car belongs to the company and the matter has been resolved amicably. The Maybach car which Diana drove is reportedly worth over 5 million RMB ($5.8 million HKD) while the Rolls-Royce is worth over 8 million RMB (9.3 million HKD).”

Known for her sexy image, Diana has notably starred in the Wong Jing-directed 1995 movie The Saint of Gamblers <賭聖2之街頭賭聖> and 2003’s Demi-Gods and Semi-Devils <天龍八部>. The former adult film actress had attended the prestigious Julliard School. 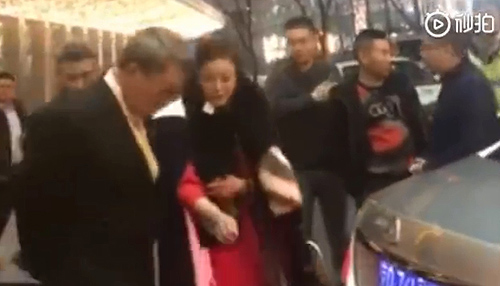 2 comments to Diana Pang Reverses Into Rolls-Royce Driver; Matter Is Resolved With a Handshake