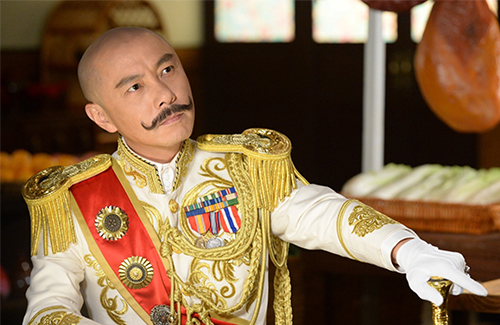 It’s been a long time coming. Dicky Cheung’s (張衛健) last Cantonese-language drama was 2002’s The Monkey King: Quest for the Sutra <齊天大聖孫悟空>, and when TVB announced The Learning Curve of a Warlord <大帥哥> in early 2017, fans rejoiced for the collaboration. There were some delays and postponements for the the series, and after nearly two years in the making, TVB finally released the highly anticipated series this week. 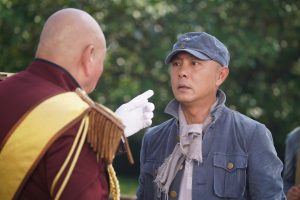 With Dicky Cheung leading a cast comprised of Sisley Choi (蔡思貝), Tony Hung (洪永城), Raymond Cho (曹永廉), Vivien Yeo (楊秀惠), Tsui Wing (徐榮), Oscar Li (李嘉), Jessica Kan (簡淑兒), Jerry Ku (古明華), and Max Cheung (張達倫), The Learning Curve of a Warlord is set in post-Qing China and chronicles the journey of a man who uses his wits and sharp verbal skills to become one of the most powerful warlords of his region.

After holding their breaths for so long, fans of Dicky were finally given room to breathe after the premiere of Warlord earlier this week. With recent TVB dramas experiencing a stark drop in ratings and critical reviews, fans were relieved to find that Warlord was enjoyable and entertaining. The first episode was engaging, with witty dialogue and entertaining characters. Aside from Dicky’s performance, many of his supporting actors also performed well, and had richly developed characterization. 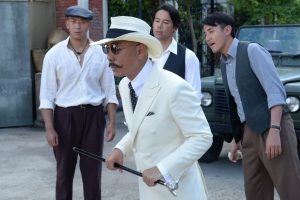 Warlord is produced by Tsui Ching-hong (徐正康), who also produced many of Dayo Wong’s (黃子華) iconic works including War of the Genders <男親女愛> and To Catch the Uncatchable <棟篤神探>, all characterized by a storytelling style that is carried by one to two lead characters and many strong supporting characters.

Viewers found Warlord to be action-packed, worthy to chase, and highly entertaining. Many fans feared that the show would be sprinkled with outdated jokes due to Dicky’s long absence from the Hong Kong TV scene, but viewers were pleasantly surprised to know that many of the jokes still worked.

Netizens rushed to discussion boards to leave behind good comments for the show. One said, “It’s better than I expected.” Another said, “This is just right for Dicky. If it was another person leading the show, then it’ll go down to ruin.” Another netizen said, “If this show was aired earlier, Dicky would definitely be TV King!”

The two-year wait is well worth it.