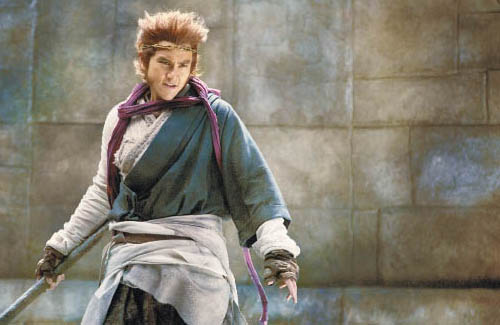 Wu Kong is a prequel to Journey to the West <西遊記>, and takes place 500 years before Sun Wukong, or the Monkey King, wrecks havoc in the heavenly kingdom. In this prequel, Wukong is unwilling to bow down to his own destiny and rebels the gods. Eddie Peng stars in the titular role.