Edison Chen’s Girlfriend to Give Birth in April? 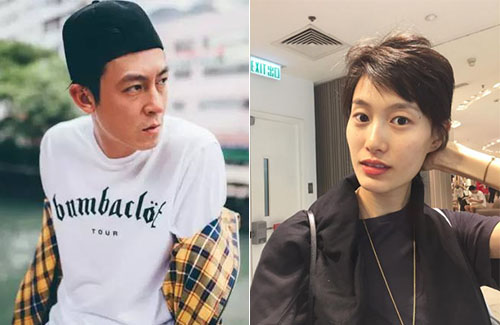 Hong Kong sources are saying that Edison Chen’s (陳冠希) girlfriend, model Shupei Qin (秦舒培), will be delivering their first child together in April in the United States.

The couple never confirmed the pregnancy rumors, but there has been evidence suggesting that Shupei is very pregnant. Her last appearance on the runway was in September 2016 for the New York Fashion Week. Shupei has also cut her hair short.

Shupei, born in 1990 in Shanghai, made her debut in the model industry in 2008. Her first runway appearance was in 2011 for the spring/summer collection of Burberry Prorsum. Shupei made a strong impression when she walked the runway barefoot after almost tripping on her high heels.

The news of her relationship with Edison came to light in May 2016, when paparazzi spotted the pair kissing each other in the streets of Hong Kong. In August of the year, Edison purchased a house for Shupei in Los Angeles.

It is speculated that Shupei is due in April.

9 comments to Edison Chen’s Girlfriend to Give Birth in April?