Edmond Leung is a Habitual Cheater in ViuTV’s “#MeToo” 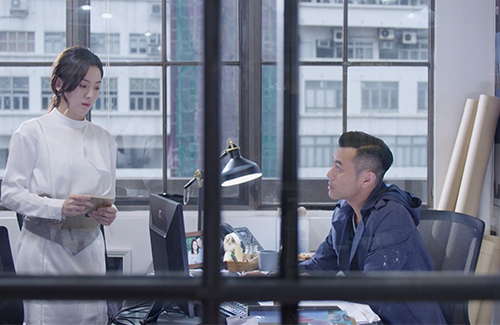 Produced by Patrick Leung (梁崇勳) with a screenplay by Yung Yan-yam (翁昕歆), the new ViuTV drama #MeToo takes inspiration from the real-life Me Too movement, a viral movement against sexual harassment that started in October 2017 in Hollywood. The movement also went viral in Hong Kong.

#MeToo, which premiered on October 3rd, stars singer Edmond Leung (梁漢文) in his first lead television role since 2002’s The Monkey King: Quest for the Sutra <齊天大聖孫悟空>. He plays YK, an award-winning designer who is, in every essence of the word, perfect. He has an established career, a serious attitude towards work, a good boss, a good father, and also a good husband.

YK’s world started to come crashing down, slowly, after his subordinate Big V, played by Venus Wong (王敏奕), accused him in a way that would end his career. The duo were working together on a Halloween project inside a conference room; Big V suddenly stormed out of the room in anger and accused YK of sexual harassment. She called the police.

The Chain Effect: New Faces of YK Slowly Get Revealed

At the police station, both Big V and YK gave out different testimonies. Big V insisted on sueing YK for sexual harassment, but YK denied it ever happening, pleading innocence. But this incident caused a chain effect in YK’s life, and slowly, every layer of YK would peeled off for the audience.

Though married with a child, YK shared an ambiguous relationship with his superior Yvonne, played by Angie Cheong (張慧儀). Yvonne defended YK after Big V accused him of sexual assault, and actively supported YK throughout the legal proceedings. It was later revealed that they had a sexual relationship in the past.

YK’s marriage to his wife Shan, played by Monie Tung (董敏莉), was never a happy one. They would put on a facade that they were good together in front of others, but behind closed doors, they struggled to get along despite their 20-year relationship. Stressed to keep up with the good guy, family man image, YK eventually broke down and cheated on Shan with her own best friend Shirley. The affair was a well-kept secret.

But with the sex offense accusations hanging over his head, YK’s strong hold as the industry’s best man may be compromised.