Elaine Yiu’s Ex-boyfriend Was a Cheater; Involved with 3 Women at the Same Time 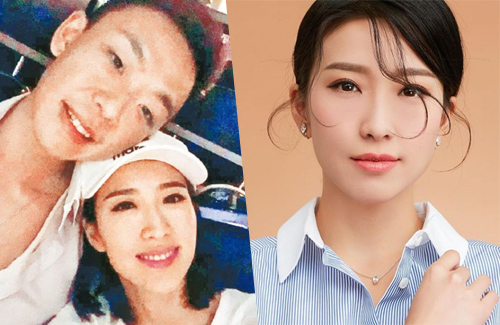 Tabloids ran with claims that Elaine Yiu (姚子羚) was a homewrecker after the 38-year-old was discovered to be dating a married man. A photo of the couple in bed circulated online, but Elaine said she is actually the victim in the scandal. The latest details reveal that Elaine’s ex-boyfriend had also cheated on the actress during their eight-month relationship. 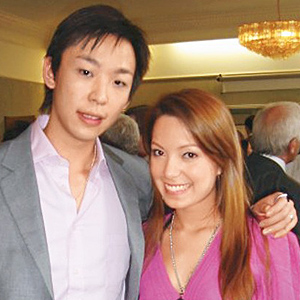 Having split from boyfriend Cheng Tsz Bong (鄭子邦) last year, Elaine was introduced to 41-year-old Raymond Young, an executive for Hong Kong lounge Dragon-I, by one of her friends. According to Elaine, Raymond claimed to have separated from his wife of eight years, model Sarika Choy (蔡宛珊), when he pursued her. Elaine denied to be a homewrecker.

Still upset over the release of her bed photo, Elaine lamented, “Someone must have purposely done it to affect me…I’m actually the victim!”

Elaine was Kept in the Dark?

An insider came forth and revealed that Raymond’s divorce was not finalized yet when he pursued the actress. Elaine was actually considered the “fourth-party”, as Raymond was secretly trying to win back Sarika while being involved with Elaine and another woman at the same time. It was alleged that Raymond and the woman watched New Year fireworks together behind Elaine’s back.

Sarika Knew About the Relationship

Elaine also finds it hard to believe that anyone would think she intruded on Sarika and Raymond’s marriage, as they were separated for a year already. Elaine confidently said that if people were to ask Raymond and Sarika, everyone would find out the actual truth.

Elaine disclosed, “To my knowledge, they were separated by the time we started dating. We met through friends and we only started dating after learning about each other and realizing that we had a lot of common topics to talk about. We only started dating after they split. I know his ex-wife and she also knew that we were dating as well. Even though we’re not close, his ex-wife and I have a lot of common friends. When I was dating him, they were separated and we were dating freely. At that time, I saw him as a partner and as a boyfriend.”

Elaine also explained that she and Raymond remains good friends after the break-up and would still see each other during outings or dinners with friends. On becoming the “fourth-party” in the relationship and being lied to, Elaine did not want to reveal the reason why she asked to break up. She did not want to comment further on his lifestyle.

2 comments to Elaine Yiu’s Ex-boyfriend Was a Cheater; Involved with 3 Women at the Same Time