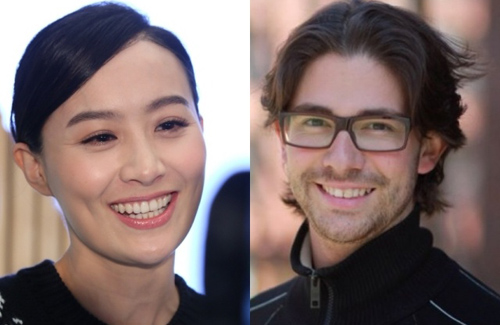 The box office success of the theatrical play Skylight <前度> has put Fala Chen (陳法拉) back on everyone’s radar, proving that there’s still a bright future ahead for the former TVB actress. Fala, who is currently studying acting at the prestigious Juilliard School, still has two years left in her masters program.

But it is not only Fala’s career that is on the rise. According to a recent gossip report, Fala’s love life has also been looking great, and her rumored boyfriend is apparently Emmanuel Straschnov, a handsome and young French entrepreneur whom she met through mutual friends. The paparazzi has seen Fala out and about with Emmanuel on numerous occasions, and sources claim that the couple have been dating for around six months.

Their reports say that Emmanuel, a Harvard Business School graduate, is a technology visionary. He cofounded his own IT business and has done extensive research on visual programming, coding, and mobile apps. It is also said that Emmanuel is a fluent Mandarin speaker, and has his own Chinese name “Sima Nuo” (司馬諾).

5 comments to Fala Chen Rumored to Be Dating French Businessman