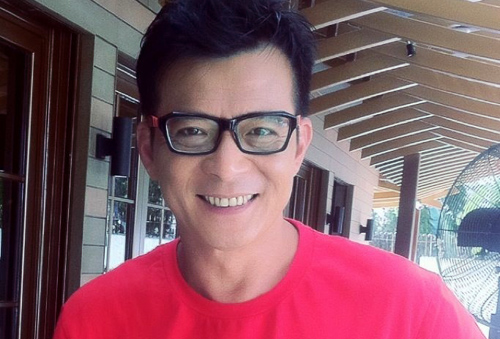 Felix Wong (黃日華) reportedly has a poor relationship with his 84-year old father and current stepmother, 50-year old Lau Wun Chan (劉煥珍). A caller claiming to be Felix’s uncle from his mother’s side earlier informed the press that Mr. Wong has fallen extremely ill and asked them to pass the message to Felix, hoping he would visit his father in the hospital. However, there is currently no response from Felix although he is aware of the situation.

Felix’s mother passed away in 2000. Seven years later, his father remarried Mrs. Lau, who has two daughters and one son of her own. When reporters earlier visited Felix’s father in the hospital, he was in poor health. Mr. Wong was only half conscious with bloated red fingers and a large scar on his abdomen. Busily taking care of him, Mrs. Lau revealed he had undergone surgery for ileus, an intestinal obstruction, and was later diagnosed with pneumonia. Mr. Wong had been repeatedly sent to the hospital since the end of November and was readmitted a few days ago due to a high fever.

Mrs. Lau exclaimed through tears that Mr. Wong was not able to not recognize anyone at the time, including herself. Currently, she is the one taking care of all her husband’s daily necessities. Her son had also helped out for nine months and had specifically quit his job to do so.

Meanwhile, Felix did not even bother asking about his father’s conditions. Apparently, Mr. Wong refused to be sent to a nursing home and had objected loudly in the past.

Speaking of the family, Mrs. Lau revealed Felix was never on good terms with her. In fact, she had only met him four times since she became his stepmother. After 2009, Felix reportedly never paid them any visits. Mrs. Lau admitted she hopes he will lend a hand financially and expressed, “It is fine if Felix is angry at me, but it would be great if he can hire someone to help out. He should be taking responsibility.”

The man who claimed to be Felix’s uncle spilled Felix is probably on bad terms with Mrs. Lau due to property issues. Mr. Wong had purchased a flat over $300,000 HKD years ago, and it is likely to be left for his current wife if he passes away. Allegedly, Felix believes Mrs. Lau is greedy and wants to take over his father’s property.