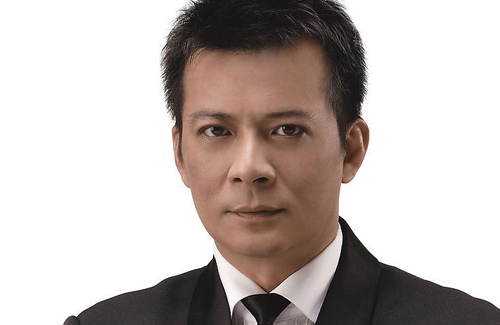 Felix Wong (黃日華) reportedly became estranged from his father after his stepmother’s name was bound to family assets. Although Mr. Wong has been seriously ill and struggling to pay his bills, Felix has not visited his 84-year-old father at the hospital and allegedly did not provide any financial assistance. His stepmother, Lau Wun Chan (劉煥珍), opened up about the situation recently. Suffering from severe financial burden and caretaker’s stress, she is even considering divorce to prove that she has no interest whatsoever in Mr. Wong’s assets.

Ms. Lau married Mr. Wong in 2009 and has been caring for him ever since. Despite rumors that she married him for his money, she clarified on February 24 that it was not the case. Originally from Mainland, she still owns property in China and knew nothing about Mr. Wong’s assets when she married him. She added that she has been on bad terms with Felix and his elder sister because the two believed that she wanted to claim their father’s property. “Mr. Wong previously shared a joint bank account with his eldest daughter. It had over $200,000 HKD. After we married, he removed his daughter’s name and added mine, so they are angry with me.”

Mr. Wong had also added her onto the property deed, which further fueled the family conflict. Stating that she had only seen Felix four times since her marriage, Ms. Lau is hoping her stepson would share the financial burden of caring for his elderly father.

While earlier reports claimed that Felix had not provided for his father at all, Ms. Lau clarified that Felix had given them $2,000 HKD when they married, and had provided $2,500 HKD monthly allowance over the past thirteen months. Even so, the money eventually stopped coming. “Felix Wong said he would not give even a cent to support a woman like me, even though I have never asked him for money.” Ms. Lau currently only has $2,300 HKD left to support both herself and Mr. Wong.

Shunned by her step-children and stressed from accusations that she is money-hungry, Ms. Lau seems to be on the brink of a breakdown and is about to leave everything behind. “I have already tried my best to care for [Mr. Wong]. If they want the house back, then let them have it! I can’t stand this anymore. I want to divorce and return to Mainland, and give their dad back to them!”

Felix Wong Will Not Respond

Despite his stepmother’s wild claims and protests that he is unfilial for not visiting his father at the hospital, Felix Wong chose to remain silent and guard his privacy. When the press tried to contact Felix for comment, his assistant, Miss Yuen, replied “Sorry, will will currently not respond on this matter.”