Gallen Lo Returns to TVB for New Drama “The Conspirators” 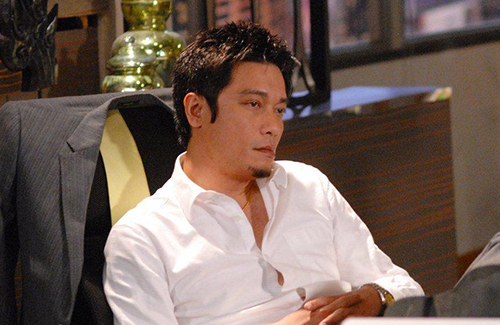 Gallen Lo (羅嘉良) has confirmed that he will be returning to TVB this year to shoot the upcoming television drama The Conspirators <與諜同謀>. Principal photography will commence in March, and it is expected to take at least two to three months to complete.

According to official announcements, the award-winning actor will be starring as the swindling CEO of a large shopping enterprise. Gallen said he was drawn to both the story and the role, a morally ambiguous character. He added that it’s been many years since he last filmed a Hong Kong drama and is looking forward to come back and meet his old colleagues.

The 53-year-old’s last TVB drama was the 2009 anniversary drama Born Rich <富貴門>. Though the epic drama was a popular hit, it failed to impress critics. Gallen has since relocated his career focus to Mainland China, and signed with Ciwen Television.

The Conspirators producer Wong Wai-sing (黃偉聲) said TVB and Gallen has always remained in contact, but due to Gallen’s priority projects in China, the two parties failed to find time to collaborate again until now.

Wong Wai-sing added that Gallen’s role in The Conspirators was tailor-made for him. When he first approached Gallen about the project, he did not have a script in hand, but Gallen immediately agreed to do it after hearing more about the story and his own role.

A female lead for the drama has not been chosen yet, but With or Without You <東坡家事> actress Jacqueline Wong (黃心穎) and singer-actor Fred Cheng (鄭俊弘) are confirmed to be in supporting roles.

Wong Wai-sing said he has a few actresses for the lead female role in mind. Although Gallen has not requested to work with anyone in particular, he believes the actor may be more interested in working with artists he has never collaborated with before, hoping to create some new sparks. Quite a few artists have heard about the news of Gallen’s return, and are hoping for the opportunity work with him.