Gao Yuanyuan Speculated to Be Pregnant 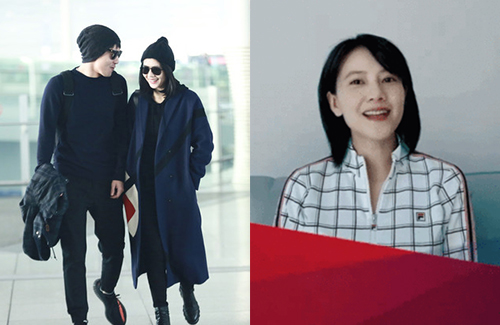 Chinese actress Gao Yuanyuan (高圓圓) has been slowly receding to the sidelines ever since her marriage to Taiwanese actor Mark Chao (趙又廷) in 2014. Wishing to focus on her family, Yuanyuan only worked on three films since tying the knot, two which will be out this year.

While the 39-year-old actress does make occasional event appearances, a recent video of Yuanyuan talking about the upcoming fashion week has sparked discussion that she may be pregnant.

In the short clip, which features Yuanyuan telling fans that she’ll be attending the f/w fashion week for Milan this September, a graphic purposely blocked out Yuanyuan’s lower body. Yuanyuan also had on minimal makeup, short hair, and looked more bloated than usual.

Neither Yuanyuan nor Mark has commented about pregnancy speculations.

Yuanyuan did briefly talk about pregnancy in an earlier video released last year. The Don’t Go Breaking My Heart <單身男女> actress said that societal norms tend to put on a lot of unnecessary pressure on people, specifically women and pregnancy. Many women are expected to be married or to have children at a certain time in their lives, and if those tasks are unmet, you would feel unaccomplished.