Gillian Chung on Surviving Her Sex Photo Scandal: “I Am Too Brilliant” 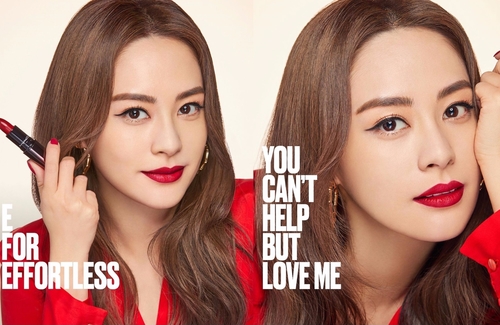 In 2008, Gillian Chung (鍾欣潼) was embroiled in a sex photo scandal that crippled her image and career. However, she did not give up and bravely faced it head-on. Clenching her teeth, she climbed back up slowly but surely. Today,11 years later, Gillian regained ground on her career and is about to celebrate her first wedding anniversary with the love of her life, Michael Lai (賴國弘), on December 18.

After getting married, the 38-year-old Gillian deliberately cut down her workload to spend more time with her husband in hopes that her husband can feel her love. Still, she said she is far from being a competent wife. Her disinterest in housework coupled with her poor cooking skills is thankfully balanced out by Michael’s clean nature. “He loves to wash the dishes. He’ll be cleaning even before I finish cooking,” Gillian shared.

Not only is her husband great with cleaning, but also he is patient with kids. Hence, Gillian has the desire to be a mom – hopefully by next year. “I will continue to work even if I have children in the future. Modern women should have their own careers; it would be too boring without work,” the singer-actress said.

When the interviewer mentioned Michael’s cheating rumors, Gillian expressed, “I trust him 100%. I know everything that he does.”

She went on to explain he was at home chatting about nonsense with his guy friends, and the men were too careless when it came to their Instagram. The incident caused Michael great stress. She shared, “I had to comfort him and tell him not to read the messages. I felt that I have matured!”

Gillian’s Comeback Was Not Easy

In fact, Gillian is no stranger to cyberbullying. She once thought about withdrawing from the entertainment circle after her sex photos got leaked. “At that time, my family was my biggest support. They didn’t push me to do anything. My mother said, ‘We can just spend our money more carefully if you don’t want to work.’ But because of that, it motivated me to continue for them,” Gillian said.

Successfully making a comeback is not easy, but Gillian emerged from cyberhate without doing stupid things and continued her career in the entertainment industry. Even she can’t believe it.

“[A sex photo scandal] is really difficult on a female. I experienced a lot of cyberbullying, but I faced it without hurting myself. I really did not think I could face it bravely,” Gillian frankly expressed. “I even kept on taking on work as Twins. I asked myself how I made it, but I can only say I am too brilliant. Of course, my friends and family’s support were really important.”

Through the storm, Gillian saw her resilience and also recognized who is a true friend, ending many fake friendships. However strong she is, she insists on staying naïve. “Naïve does not have a negative connotation. People need to be a little silly and naïve to really enjoy life. I don’t like fakeness, and I don’t want to guess other people’s hearts. It would be too tiring!” exclaimed Gillian.

4 comments to Gillian Chung on Surviving Her Sex Photo Scandal: “I Am Too Brilliant”