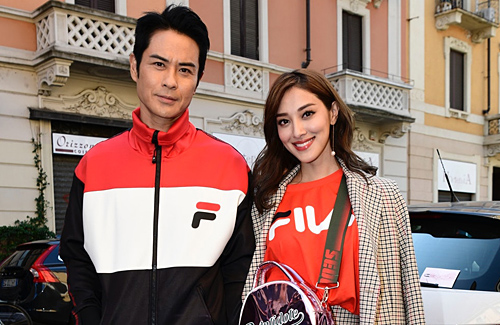 Three months after tying the knot in Bali, Kevin Cheng (鄭嘉穎) and Grace Chan (陳凱琳) announced on November 22 that they are expecting their first child together. And now—at exactly one month after the big announcement—Grace has more major news to share. 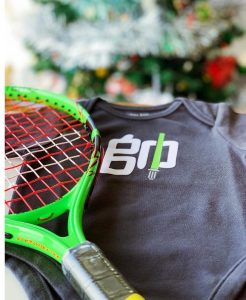 Today, Grace shared on Instagram a picture of a baby onesie and a tennis racket. “Excited to meet little baby Kevin!” she wrote. “I wonder if he’s going to love tennis as much as his daddy!”

Grace met Kevin while on the set of TVB’s 2016 television drama Blue Veins <殭>. When they started dating, Grace was 23 and Kevin was 45. They officially got married in Bali on August 12, 2018.

Kevin is excited and looking forward to becoming a father, and an in earlier interview, the former TVB actor shared his thoughts about having children, “If it’s a daughter, I will spoil her and take care of her richly; if it’s a boy, I will be strict and look after him frugally. A woman will be set if she finds a good husband, but even if she ends up being single, I can save some money for her to live comfortably. However, a man needs to start a family, and he cannot always rely on his wife. He needs to learn responsibility, and be independent.”

He added that he would like to chase for another baby, as he would not want their only child to grow up alone and spoiled. However, he stressed that his wife will be the one making that final decision.

6 comments to Grace Chan is Expecting a Baby Boy!