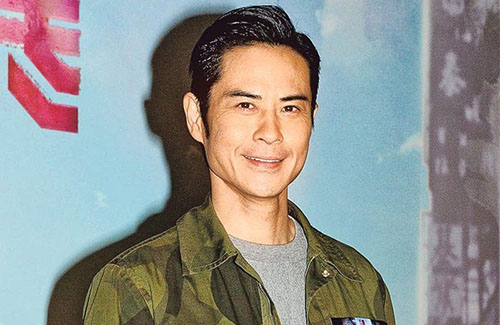 A few days ago, Grace Chan (陳凱琳) received a complaint about getting special treatment while boarding a plane. The complainer said Grace’s celebrity status allowed her to skip the long queue and board the lane first. This news quickly caught wind on discussion forums, pushing Grace to become a trending topic again.

At the filming commencement party for the L Storm <L風暴>, sequel to 2016’s S Storm, Kevin Cheng (鄭嘉穎) was asked for his thoughts about his girlfriend receiving complaints about getting special treatment. Kevin laughed it off and said, “People must understand the difference between getting special privilege and consumer rights. They are two different things. The type of ticket you buy depends on the type of service you get. This applies to everyone. The airline makes the decision. Know what you’re complaining about before you do it.”

Kevin added that as a celebrity, circumstances of special treatment would happen, whether or not it is desired. “This is only a small matter,” he said. “Let it move on.”

Earlier this week, TVB sent out a memo informing producers and creators to limit sexual themes in their productions. The order specified that rape scenes in dramas are not encouraged, actresses should not be required to wear revealing outfits, and that female artists should always be accompanied with a fellow female when going on trips. This order was met with supportive responses for the most part.

Asking Kevin if he is happy about the new order, he said, “Why should you say it like that? I am an audience member as well, won’t I be missing out on some things? However, these dramas are aired during family time, so this is the right thing to do. But I stil hope, like what Anthony Wong (黃秋生) said, that the Miss Hong Kong contestants won’t have to wear diving suits.”