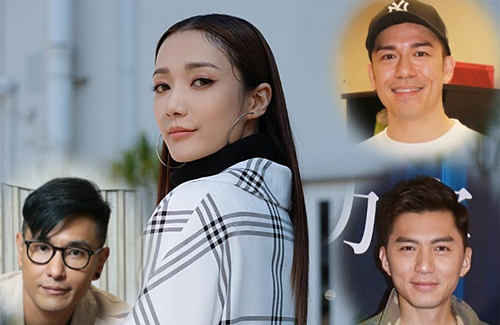 Getting married to her boyfriend Daniel Chang in 2017, Grace Wong (王君馨) overcame the challenges of a 12-year long-distance relationship to find happiness. While many were impressed with the couple’s devotion to each other, Grace shared a shocking secret recently with fans. She revealed that her heart had swayed in her early filming years, and she almost fell in love with a co-star.

Meeting Daniel when she was only 19 years old in New York City, Grace questioned her relationship when she moved to Boston and later Hong Hong Kong and experienced the problems of young love. They broke up for three years and only got back together when she was 23 years old due to the challenges of being in a long distance relationship.

In her early career, Grace felt her thoughts drifting closer and closer to a male colleague. “He was my partner in a series I was working on, and we saw each other every day. I thought about him often: when I was reading my lines and when I was filming. I started having feelings for him. I wanted to start taking care of him, and I wanted to see him more often. After I dreamed about him, I knew that it was a warning sign from God telling me that I need to stop. I finally realized that I was thinking about him too much.”

Not wanting to hide anything from Daniel, Grace confessed her feelings and thoughts but promised that besides filming and eating on set, she will not spend any alone time with her co-star.

Grace’s confession instantly became a hot discussion topic, and netizens tried to guess whom she had admired and had feelings for. Although Grace did not offer any additional clues, netizens narrowed it down to three actors: Sammy Shum (沈震軒), Benjamin Yuen (袁偉豪), and Ruco Chan (陳展鵬).

This article is written by Su  for JayneStars.com.

Grace Wong Had Feelings for Costar, Came Clean to Husband