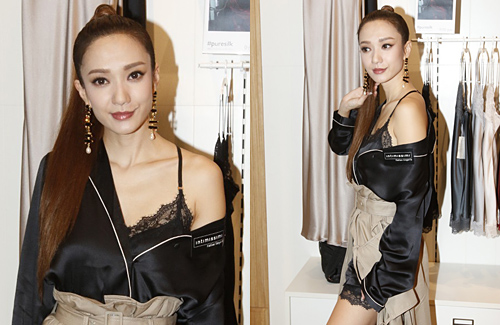 Grace Wong (王君馨) has always been known for her amazing physique and cool appearance. Alongside new bride Phoebe Sin (單文柔), Grace attended a lingerie function while speaking about what attire her husband finds eye-catching. 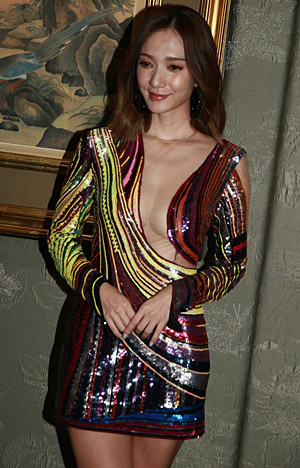 Though Grace is Christian, she is not afraid to show off her toned body. During the event, Grace wore a sexy slip that peeked out of a silky pajama top. In comparison to her previous public appearance in a red dress that displayed a lot of cleavage, Grace kept her appearance subtle this time.

When asked if she was prevented from wearing such revealing pieces from her husband, she laughed and responded, “My husband loved my last outfit and didn’t even want me to change. In terms of this black outfit, I wanted to match the lingerie theme in which we were selling pieces that could be worn in public. Not only do we want to be elegant and stylish, but we also want to be cool and chic! It shouldn’t be too sexy because our pieces are only made of silk.”

Reporters asked if her husband has ever bought her lingerie. She laughed and said, “No, he would be embarrassed if he entered those types of stores. But I will admit that I wore more seductive lingerie after marriage. Before that, I only wore it for myself to see, but now, I can show it off to a special audience.”

In a scene in OMG, Your Honour <是咁的，法官閣下>, Grace wore a beautiful two-piece swimsuit that displays her abs. Since TVB is very strict with the amount of cleavage that can go on screen, the crew was very particular about the swimsuit choice. She said, “The director said that a t-shirt cover would be odd, so we immediately bought 12 pieces to choose from. In the end, we chose the black one over the bright red two-piece. I personally like the black one because my character is meant to be strong and fit, while the red piece could be misleading as it is too sexy.”

Grace even shares that she worked hard over the year to gain her abs, in which her mom complimented on her results as well! 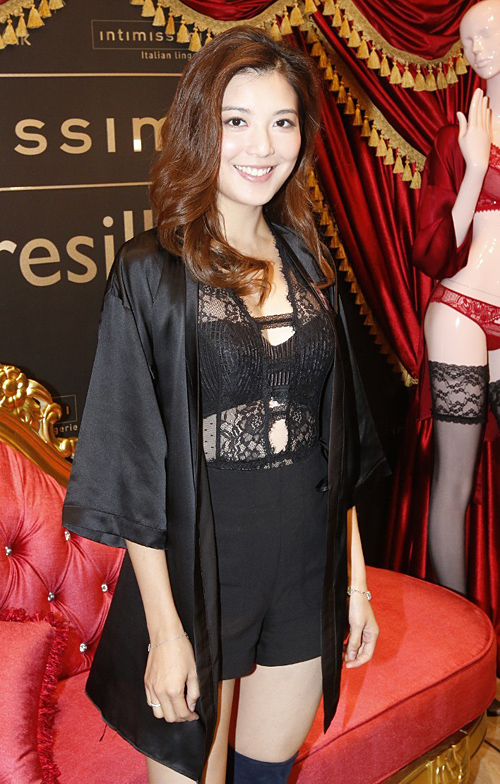