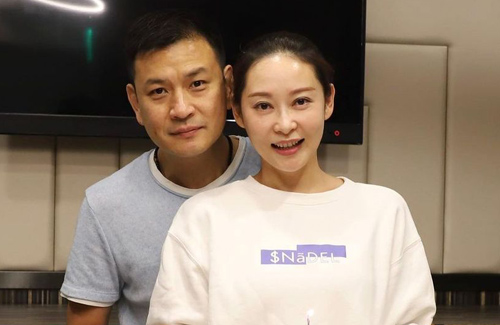 Despite their close relationship and having a daughter, Griselda has yet to complete marriage formalities with the man in her life.

Griselda Yeung (楊卓娜) and businessman Yeung Chi Kiu (楊志翹) welcomed their daughter Shu Ran (楊舒然) in 2009, forming a family of five along with his two daughters from his previous marriage. The actress shares a close relationship with her stepdaughters and was labeled “Best Stepmom” by the press. It was thus surprising when she recently divulged that she has yet to marry him officially!

The two met as Griselda was the instructor at his daughter’s handicraft class, and Yeung Chi Kiu only succeeded in getting together with her after two years of courtship. While many assumed that Griselda had already married the businessman, their wedding photos were never revealed. 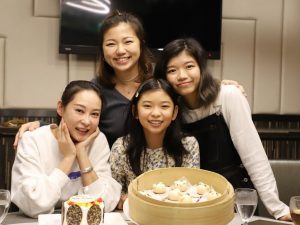 Recently, she confessed that the two have not registered their marriage up until now due to their busy lifestyles, but share a strong relationship built on trust. Expressing her trust despite the lack of a marriage certificate, Griselda shared that even if he went to entertain and drink with clients, he would always return home promptly.

Not having marital formalities did not affect the strong bond in the family, as Griselda and her stepdaughters get along like mother and daughters, with the two elder girls also dote on their youngest stepsister very much. Recently, her stepdaughters even threw a surprise birthday dinner for Griselda which they planned with their father, showing the harmonious relationship they shared.

A proficient baker, the actress often shared photos of her intricate homemade cakes which she prepares for the family on social media. Not content with playing the role of a loving mother, Griselda also felt she has to be a good role model to her daughters, and put in extra efforts in her career in recent years. Her efforts paid off when she managed to win over viewers and stood out with her touching performances in various supporting roles, such as in Brutally Young <十八年後的終極告白>.