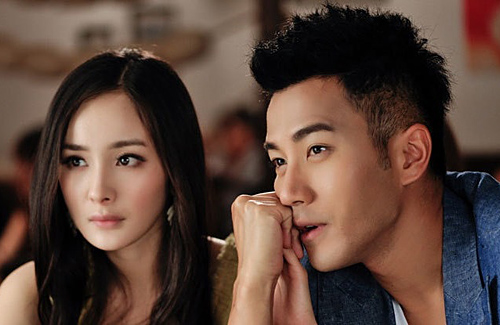 Power celebrity couple, 44-year-old Hawick Lau (劉愷威) and 32-year-old Yang Mi (楊冪) announced that they amicably filed for divorce. Throughout their five-year marriage, the couple was often separated long distance due to their filming schedules.

The couple met in 2011 after working together in the drama Ru Yi <如意>. Since their marriage and birth of their daughter “Little Sticky Rice” in 2014, the relationship was often plagued with divorce rumors. In 2016, Hawick dismissed infidelity rumors when he was spotted spending four hours in the hotel with co-star, Angela Wang (王鸥). Although Yang Mi insisted that she trusted Hawick, the couple was noticeably less affectionate in recent years and spent less time together due to their busy careers.

In a statement released by their company, the two stars thanked everyone for providing their love and support throughout the years. After careful consideration, the couple filed a divorce this year to end their marriage amicably.

Although the two stars will no longer live together as a married couple, they have agreed to treat each other as a family to jointly raise their daughter, while sincerely giving each other blessing in the future as friends.

After the release of the statement, Hawick and Yang Mi will not be responding any further to the divorce to protect the privacy of their child and each other’s family. In addition, they wish that the media and the public will respect their decision and give them space.

Another report claims that the couple filed for divorce as early as January 2016 but did not announce their separation for various reasons. Aside from not wanting their divorce to affect their daughter, they also signed many endorsement contracts together. To avoid negative impact on their financial state, Hawick and Yang Mi continued to pose as a married couple publicly.