Him Law Steps Down from New TVB Drama Because of Tavia Yeung? 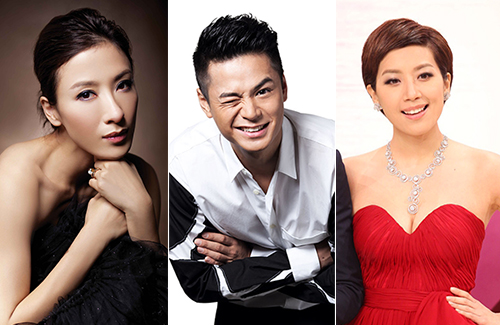 It has been rumored that TVB is interested in remaking the South Korean dramas Kill Me Heal Me and It’s Okay, That’s Love, both which have aired in Hong Kong to popular success last year.

According to gossip reports, TVB called back Triumph in the Skies <衝上雲霄> and The Hippocratic Crush <On Call 36小時> producer Poon Ka-tak (潘嘉德) to helm the script for Kill Me Heal Me. Allegedly, Poon wanted his frequent collaborators, Him Law (羅仲謙) and Mandy Wong (黃智雯), to star as the two leads in the show.

Him and Mandy became a fan-favorite on-screen couple after starring in 2010’s Suspects in Love <搜下留情>, also produced by Poon. They then went on to star in 2012’s Divas in Distress <巴不得媽媽…> and the Tiger Cubs <飛虎> series, portraying as a couple in both. The “Himandy” couple have many shippers, and although both of them have their significant others in real life, many fans still hope to see them collaborate again in more dramas.

However, as claimed by gossip, Him was ultimately dropped from the series after his wife, Tavia Yeung (楊怡), gave Producer Poon the big NO. Wary of the “Himandy” ship, the reports described Tavia as a “tiger wife” and didn’t want Him to work with Mandy again. Because of this, Poon allegedly called in Benjamin Yuen (袁偉豪) to replace Him.

35 comments to Him Law Steps Down from New TVB Drama Because of Tavia Yeung?