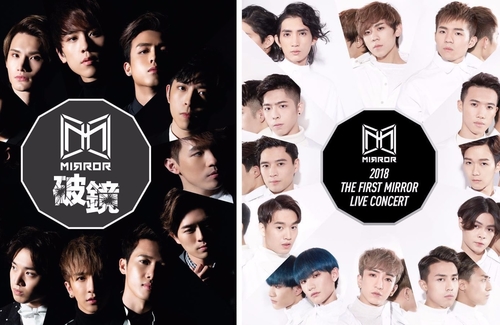 MIRROR, a Hong Kong boy group made up of 12 members in their 20s and early 30s, officially debuted for over a year. To commemorate their first anniversary, MIRROR released a pictorial and shot an MV for their new song “Reflection” in Taiwan. Although it is common for groups to disband, MIRROR insists on sticking together. They believe unity is strength, and they hope to become a classic group like Twins and BOYZ.

In a recent interview with 10 of the members, they talked about their year of struggle as rookies. Member Anson Lo (盧瀚霆) said, “We are different from ordinary stars. We have made mistakes during our performances, but both fans and the audience are tolerant and considerate. They are accompanying us as we grow, and in the coming year, we want to prove to everyone our capabilities.”

In the short time that they’ve debuted, the group’s popularity has risen sharply. They’ve received a lot of job offers and continue to gain fans. When the interviewer asked the men if they’ve earned a lot, the members immediately looked at “Popularity King” Show Keung To (姜濤). They seemed to imply the 20-year-old is the member that makes the most money.

Show embarrassingly said, “We’re about the hearts, not about gold. As celebrities, we’re happy whether or not we’re earning money as long as we have jobs and exposure opportunities.”

During the interview, member Jeremy Lau (柳應廷), also known as Jer, made fun of Show’s stiffness in the pictorial they shot earlier. “Show is usually very handsome, but he looks stiff when taking photos. He looks like a fat piglet, so funny.”

Show explained he is not confident in his figure and is not used to taking off his shirt to bare some skin. 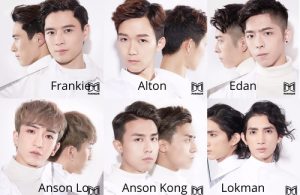 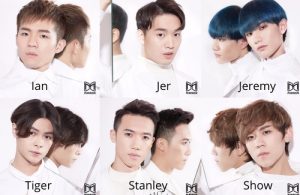