How Angelababy Maintains Her 21-inch Waist 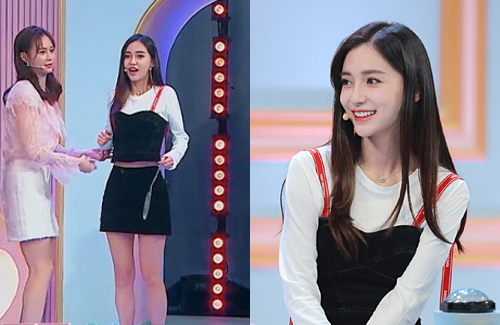 Power couple Angelababy (楊穎) and Huang Xiaoming (黃曉明) welcomed their son “Little Sponge” in 2017. Shortly after giving birth, Angelababy returned to work and impressed fans with her slim figure. Despite sharing that her successful weight loss was due to self-discipline, exercising, and reduced calorie intake, netizens were in disbelief that Angelababy’s body was the same as before. Some even speculated that Angelababy had faked her pregnancy and that Little Sponge was actually born through a surrogate.

Participating as a guest in a Chinese variety show recently, Angelababy’s weight and figure once again came under scrutiny. Although a mother of one, the 30-year-old actress still maintains a 21-inch waistline. Despite being naturally thin, Angelababy emphasized that she needed to be diligent and self-disciplined with maintaining her figure. She shared, “The most important thing about keeping fit is to have self-discipline. You have to make it a habit and a part of your routine. After eating dinner, I would stay standing for at least half an hour. Additionally, I would try not to eat five hours before going to bed. This allows my body time to digest the food.”

Starting her career as a model at only 14 years old, Angelababy also successfully transitioned to becoming an actress. In addition to her career successes, Angelababy also boasts an enviable personal life. She married Huang Xiaoming in 2015 and started a family of her own. Her career has not slowed down since becoming a mom.

5 comments to How Angelababy Maintains Her 21-inch Waist