Intoxicated with Florinda Ho, Joel Chan Pulled Out of “Return to the Three Kingdoms” 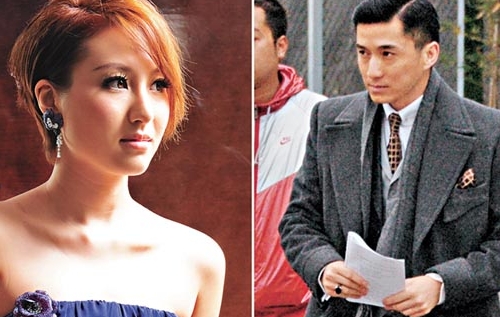 Earlier, it was exposed that Joel Chan San Chung met with rumored girlfriend, Florinda Ho, in Great Britain. Apparently, Joel and Florinda’s love relationship was progressing well. However, Joel’s TVB career may be unsteady. According to reliable sources, Joel was too immersed in dating and did not want to work, resulting in filming delays toReturn to the Three Kingdoms <回到三國>. TVB decided to replace Joel’s role in the series with Pierre Ngo Ka Nin instead.  Another rumor circulated that Joel withdrew from the filming of Return to the Three Kingdoms because his elder brother had an accident in China.

Virginia Lok confirmed the cast change, “We did not decide to pull Joel out of the series. He could not act in the series due to timing issues. Yesterday, he called me and said that something happened at home. He needed to go back to China for two to three weeks. His scenes in Return to the Three Kingdoms would start filming in May. He asked whether it was possible to cast another actor if the filming schedule cannot be accommodated. We discussed the matter with Producer Lau Ka Ho, who was very understanding in Joel’s situation. We decided to cast Pierre Ngo in the role.”

Yesterday, Pierre Ngo tried the costume for Return to the Three Kingdoms. Over the phone, he said, “Today was the first day I tried the costume. After being briefed on the story, I should start filming soon.” Pierre said he did not know the reason for the sudden change in casting decision. “I don’t know why. My manager told me that Joel Chan took a long vacation and that I would be playing his role.” How did Pierre feel about being the second choice in casting? “It’s still TVB’s production. I will do whatever they ask of me. [When attacked by Sin Ho Ying], my role in Thunder of the Forbidden City <紫禁驚雷> was replaced by Jack Wu Lok Yin. These issues occur all the time.”

Since the filming completion of My Cruel Lover and updating several photos on his blog last month, Joel has disappeared from the public eye. Rumored girlfriend, Florinda Ho, uploaded a photo of a red rose and wrote “pretty”on her blog, leading to speculation that Joel gave her the flowers. Jayne: Joel Chan’s silence is leading many people to think the worst, that he is abandoning work for love. Hopefully, his brother’s health is stable.

37 comments to Intoxicated with Florinda Ho, Joel Chan Pulled Out of “Return to the Three Kingdoms”