Jackson Lai thanks “OMG, Your Honour” producer for Giving Him a Chance 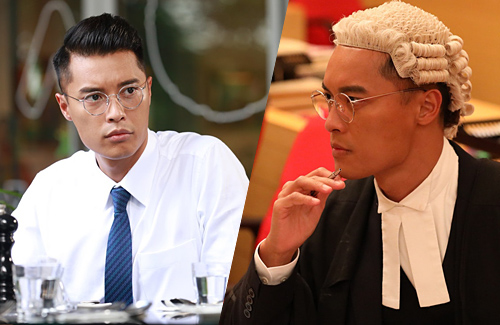 Gaining recognition since his role in Another Era <再创世纪>, Jackson Lai (黎振燁) continues to earn praises with his lawyer role in OMG, Your Honour <是咁的，法官閣下>. Experiencing another wave of popularity, the 32-year-old TVB actor finally had a breakout year after being in the industry for nine years. He thanks the producer of OMG, Your Honour in taking the risk to cast him.

Since winning the Mr. Hong Kong competition in 2016, Jackson played minor roles in Heart and Greed <溏心風暴3>, Stealing Seconds <棟仁的時光> and Another Era. It took time to build his trust with producers. When asked if he thought TVB producers’ reluctance to cast new actors will hinder chances of rising in the industry, Jackson said, “It’s understandable. All producers hope that their projects do well, so of course, it’s better to cast experienced actors than new ones. They don’t know the new actors, and there’s a risk of them affecting their project’s pace and quality. So, why would they risk it? But again, there are still producers who would risk it to add freshness to a drama.”

Receiving an average of 23.6 points, OMG, Your Honour is not considered a very popular drama. But ratings are not everything, as many viewers praise for it being thought-provoking and accurately reflecting Hong Kong’s unique ambience. The experienced and new actors supported each other well; viewers have also praised their chemistry and acting skills.

Jackson notes that acting skills are the most important factor in gaining opportunities and chance of rising in the industry. He said, “What’s good about TVB is that, you get to learn and practice simultaneously. You get advice from seniors and practice the theories you learn in the course immediately.”

2 comments to Jackson Lai thanks “OMG, Your Honour” producer for Giving Him a Chance