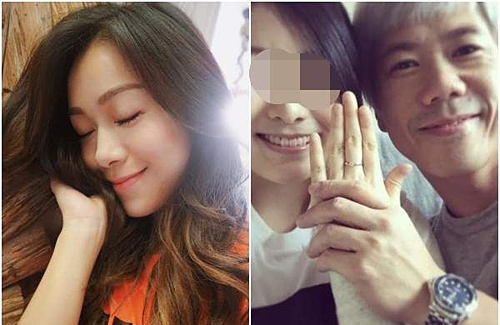 After Jacqueline Wong (黃心穎) and Andy Hui’s (許志安) affair came to light last April, the two artistes went on hiatus to calm the public’s anger. While Jacqueline waited for the scandal to die down, she fled to the United States only to return to Hong Kong eight months later. Although reports surfaced that Jacqueline wants to get back together with ex-boyfriend Kenneth Ma (馬國明), she may be entangled with RubberBand’s drummer Lai Man Wang（黎萬宏）.

Recently, Jacqueline and Lai Man Wang were photographed shopping at a pet store. The pair were all smiles and looked like they were more than just friends.  Jacqueline paid for the purchases while Lai Man Wang  helped Jacqueline carried all the items. Throughout the shopping date, Jacqueline walked close to Lai Man Wang as they chatted away.

Jacqueline shared that she has adopted three puppies recently on her Instagram page.

At the height of Jacqueline-Andy scandal, she was rumored to have been involved with several men, including bringing a musician and a CRHK DJ back to her home. Although many male artistes denied their involvement with Jacqueline, many netizens are now suspecting that the musician is Lai Man Wang.

Jacqueline and Lai Man Wang met as early as 2016 as evident in an Instagram post. Back then, Jacqueline posted a group picture and joked about forming a band with members from RubberBand, C Allstar and Yellow.

In 2017, Lai Man Wang successfully proposed to his long-time girlfriend and the newly engaged couple was seen taking wedding pictures. Lai Man Wang had once shared that he was planning to marry his girlfriend in 2019, but their wedding was never confirmed.

In response to the growing speculation that Jacqueline had once again cheated with a married man, Lai Man Wang quickly clarified that he is now single. While it was true that he planned to marry to his girlfriend, their relationship did not work out and they have since separated.  Since he likes to maintain a low profile in regards to his personal life, he didn’t make any announcements earlier.

However, it is interesting to note that Lai Man Wang did not deny he is involved with Jacqueline in his statement. 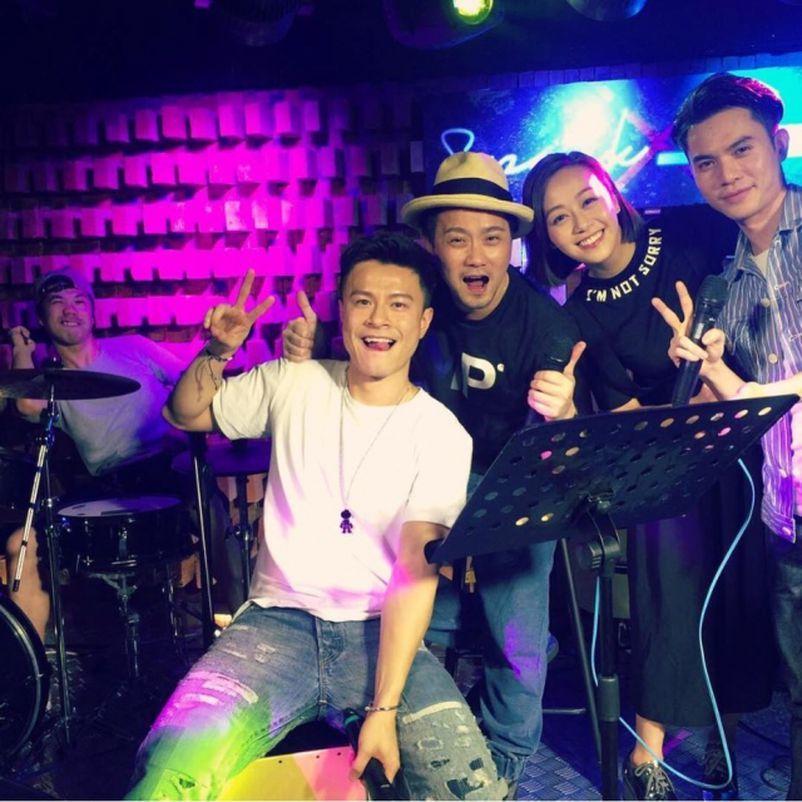 Lai Man Fang is the drummer in the left.

17 comments to Jacqueline is Involved with RubberBand’s Drummer?