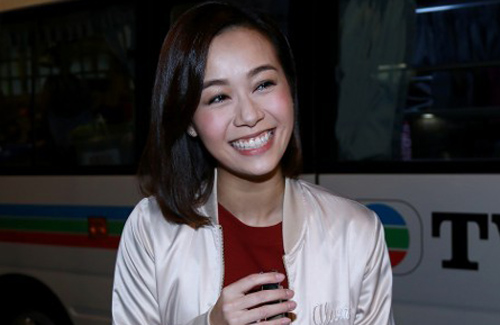 Asked about her development with Kenneth, Jacqueline said, “Recently, we’ve both been very busy with work. There hasn’t been a lot of time to communicate!”

Hip hop band, FAMA member, C Kwan, was also on set for filming. The rapper revealed that after completing the filming for Miscellaneous Cops, he will be filming a comedy movie with his idol, Dayo Wong (黃子華). C Kwan excitedly shared, “In my heart, I admire him a lot. In the film though, I need to yell at him! So I asked him for some pointers, and he told me it’ll be okay when the time comes. I’m filming this with the mentality of admiring a celebrity.”