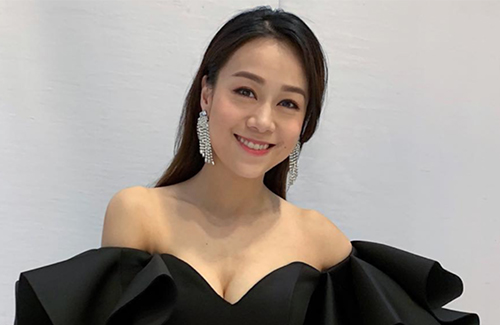 Now infamously known as the woman who cheated with Andy Hui (許志安), Jacqueline Wong’s (黃心穎) image has gone down the drain. But the reports on Jacqueline’s promiscuous private life doesn’t end there—apparently, boyfriend Kenneth Ma (馬國明) and Andy Hui were not the only two men she had been seeing.

According to Jacqueline’s next-door neighbor, she was once spotted going home with different men. One man was the guitarist of a relatively well-known musical band who often wears eyeliner and will be soon holding a concert. Another man was a CRHK DJ. The neighbor said Jacqueline have always acted intimately with the men she brings home.

Andy, the guitarist, and the DJ all have relationships in the music industry, and it’s speculated that Jacqueline’s involvement with them is because she wanted a music career.

21 comments to Jacqueline Wong was Reportedly Involved with Other Men