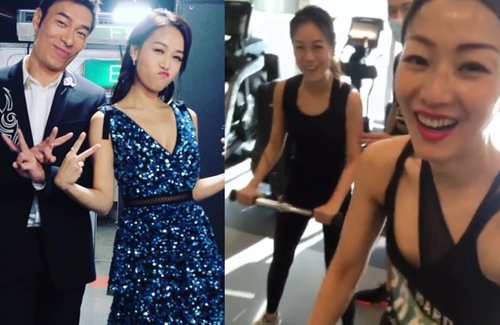 Jacqueline Wong‘s (黃心穎) affair with Andy Hui (許志安) became the talk of the town following the leaked dashcam clip of them behaving intimately in a taxi. Those following the TVB starlet and singer would know they have been friends for some time now, posting group photos of each other on Instagram from time to time. Some might even say they have more photos of each other on their social media than of their significant others, Kenneth Ma (馬國明) and Sammi Cheng (鄭秀文) respectively. However, it turns out Jacqueline is also a friend of Sammi, Andy’s wife of five years.

Last November, Sammi shared a video of Jacqueline working out with her on Instagram and praised the young actress’ moves. Jacqueline replied to the flattery by complimenting Sammi for being diligent and not resting. It seems like the 46-year-old artist was not weary of Jacqueline and even had a good relationship with her.

More recently, Jacqueline celebrated her 30th birthday in January with her gym buddies, which included Edward Ma (馬志威) and Andy, and shared a group photo on Instagram. Sammi generously left Jacqueline birthday wishes and said the birthday girl resembled a 20-year-old instead of 30-year-old.

Netizens were able to dig up other evidence of Jacqueline interacting with Sammi on social media, paving the path to enter her marriage. One such instance is when Jacqueline complimented Sammi for looking cool on Instagram just seven days ago.

Not long after the cheating scandal erupted, Jacqueline immediately disabled the comment function on Instagram. In turn, her older sister, Scarlett Wong, suffered as a large number of netizens flocked to Scarlett’s Instagram account to leave negative comments about Jacqueline’s character. 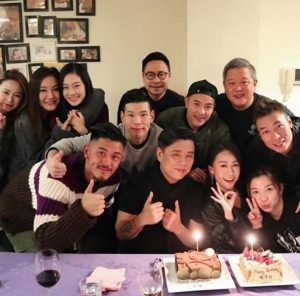 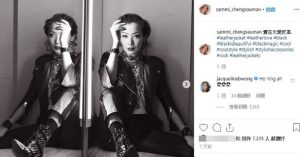 23 comments to Jacqueline Wong’s Friendship with Sammi Cheng Was Premeditated?