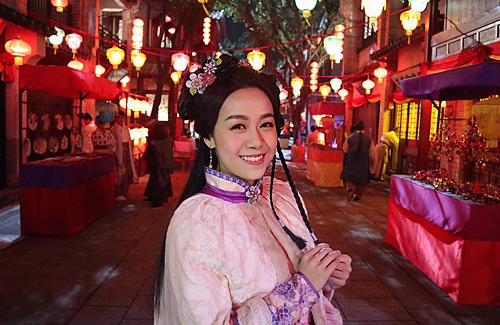 After her cheating scandal with Andy Hui (許志安) in April, Jacqueline Wong (黃心穎) left Hong Kong and has stayed out the public eye. Although TVB had initially suspended the airing of her dramas and even deleted all her scenes in Forensic Heroes 4 <法證先鋒IV> , the station eventually tested the waters by broadcasting Finding her Voice <牛下女高音> in October. With the drama achieving moderate ratings despite Jacqueline’s negative image, TVB will release two more of her dramas, The Maid Alliance <丫鬟大聯盟> and The Offliners <堅離地愛堅離地>.

The highly anticipated Wonder Women <多功能老婆> has only been playing for a week, but there is already news spreading that Ratman to the Rescue <過街英雄> will be following right after. Originally supposed to air this year, Roxanne Tong (湯洛雯) and Jacqueline’s The Maid Alliance will broadcast during the 2020 Lunar New Year line up.

TVB’s release of Jacqueline’s recent dramas is interpreted by some netizens that the 30-year-old actress is no longer “frozen” by the station. Earlier, Jacqueline returned to Instagram after a seven-month silence and posted, “I am so happy Finding Her Voice is airing right now.” Will Jacqueline eventually be returning to Hong Kong to make a comeback?