An unexpected star is lighting up Armed Reaction 2021 <陀槍師姐2021>. With her luxurious looks and beauty, Jessica Hsuan’s (宣萱) cat, Tong Yuan, is stealing the scene every time she is on camera.

In the drama, Jessica’s character is a cat lover and her house is filled with cat memorabilia. In one episode, Jessica and Moses Chan’s (陳豪) characters were sent to live in a police safe house after they were targets of a serial bomber. Jessica sneaks in her cat, who decides to relieve herself around the house, causing Moses to become extremely irritated. Tong Yuan spends the night scratching the sofa that Moses is sleeping on and in his frustration, he ends up feeding her beer in hopes that she will pass out. 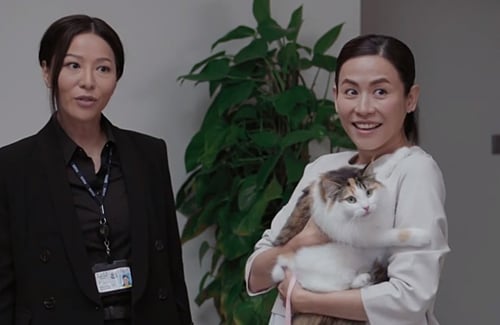 Usually many artistes are afraid of working with young children and animals, as they often have short attention spans leading to many retakes. However, filming with Tong Yuan was a dream for Jessica, who revealed, “I’ve never seen a cat as obedient as her! She is very cooperative and photogenic. Her head would follow the cameras as they rolled around, and many scenes were done in one shot.” 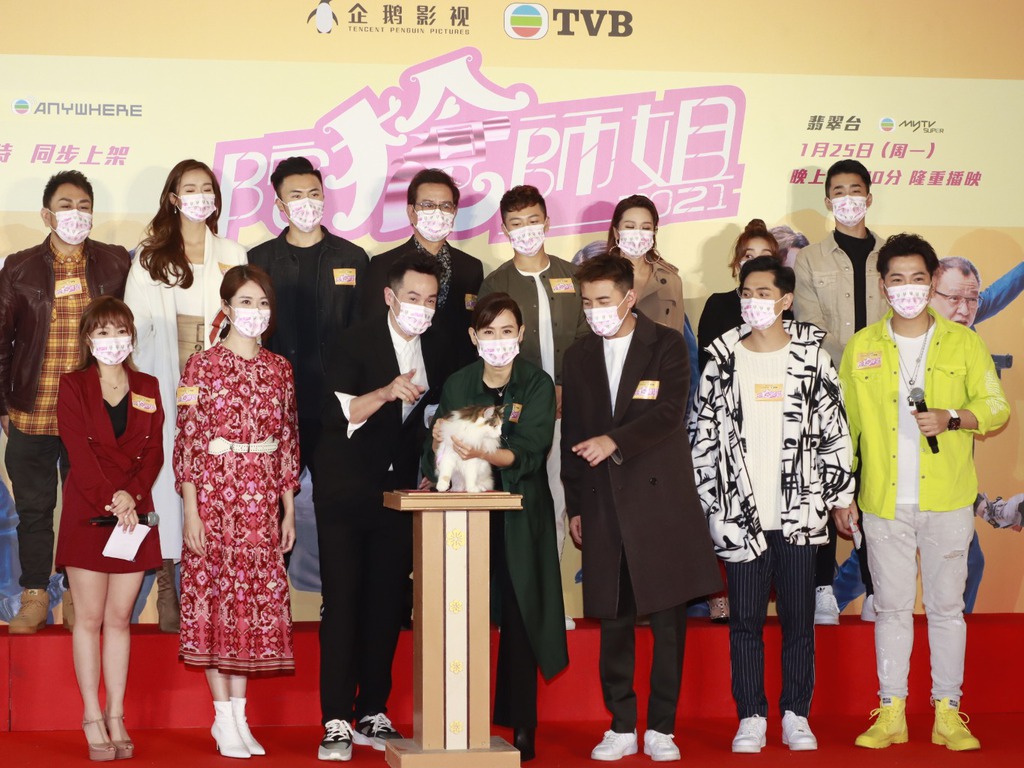 Tong Yuan makes an appearance at a press conference.

Well known for being an animal lover, Jessica had six dogs at one point. In 2018, she also adopted a middle-aged cat named Ding Ding. Unlike many owners, Jessica chose an older cat because they need the most care as they grow older.