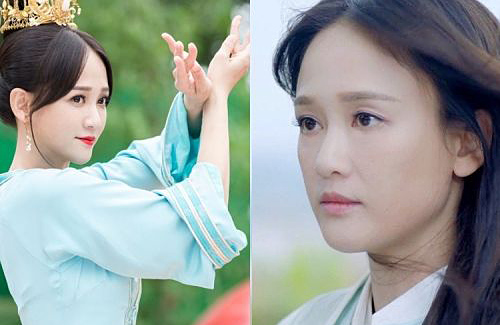 Despite being often labelled as the queen of Chinese idol dramas, it seems actress Joe Chen (陳喬恩) is currently criticized for being unsuitable for the title character in Queen Dugu <独孤皇后>. Portraying a 13-year-old character in the Mainland Chinese drama, Joel lacked the feel of a young girl. The 39-year-old posted her thoughts on social media yesterday iterating how perspectives on East Asian women are only limited to a young girl’s aura.

The actress wrote, “Anger has distorted many self-depreciating values. Since when did this happen? East Asian women are only regarded from the perspective of whether they look young or not. Whether it be a young girl, female student, or woman, they should be appreciated and protected. But unfortunately, what I’m seeing is just harsh and ill-mannered. I’m not going to even count the females who are entering [this discussion]. We are inexplicably living in a kind of environment where we don’t want to see a happy woman’s flaws and abnormalities…better love yourself, because we are living in such a world full of negativity.”

Many netizens believe that Joe’s post was in response to criticism that she was ill suited for her role in Queen Dugu, but the actress denied it. Joe said, “I am expressing a kind of misinterpreted attitude. I’ve only read the overly interpreted news after, but thank you for the support.”

Coincidentally, a notice in the latest episode preview wrote, “Jia Luo is not a young girl, she will be a Queen tomorrow.” Perhaps, this notice and her post had sought to tell audiences to disregard the age of Joe’s character, but many viewers still felt discomforted while watching Joe in the role.

13 comments to Joe Chen Too Old to Portray 13-Year-Old Character in “Queen Dugu”?