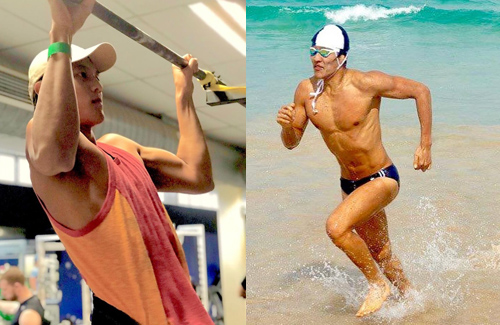 Joe Ma’s (馬德鐘) son Ma Xiang (馬在驤) is not only blessed with good looks and an academic brain, but he is also a fit and talented swimmer who is currently working as a lifesaver in Australia. Studying mechanical engineering at the same time, he is an attractive boyfriend material and seems to be gaining more attention than his father lately.

The 20-year-old previously expressed his interest in becoming an actor. Though there were earlier reports of him signing with Shaw Brothers, Joe clarified at an event that the rumor was not true, and his son is still studying. However, Ma Xiang will make appearances at promotional events if the right opportunity crops up.

Indeed, with recent photographs of Ma Xing working as a lifesaver in Australia, it appears he really has no intentions of entering the entertainment industry at the moment. But that still didn’t stop the media from taking interest in him. Standing out with his 6-feet-2-inch frame, he imposes a powerful stance. His muscular body was acquired through competitive swimming.

Even his dad is proud of him, as Joe couldn’t help but post photos of him online and said, “Congratulations to little Zai for becoming a Bondi beach surf lifesaver! Other than becoming a real man capable for saving others, you should also know how you protect yourself!”

It is understandable that Joe is proud of his son, since being a lifesaver at Bondi Beach is certainly no easy feat. This was shown on Australian factual TV program Bondi Rescue that had also aired on TVB Pearl. It revealed the daily hardships of a lifesaver as well as the dangerous situations that lifesavers often have to face. But knowing that Ma Xiang is a multiple gold medalist and talented swimmer, there shouldn’t be much worries. 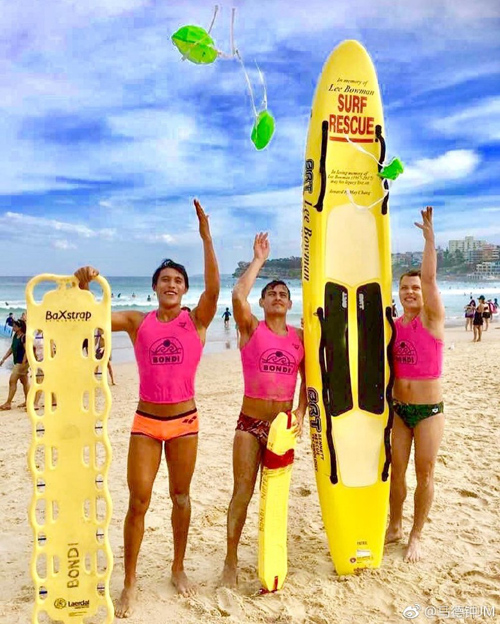