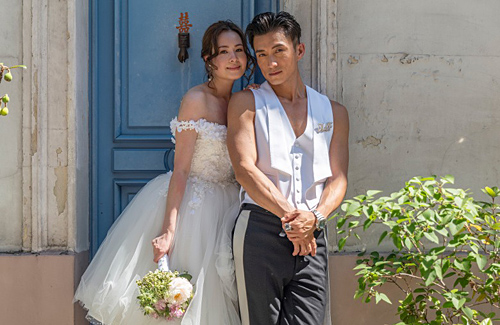 Joel Chan (陳山聰) is the epitome of what it means to get knocked down and get back up again. After losing his marriage, career, and friendships due to his high-profile relationship with heiress Florinda Ho (何超雲), the 42-year-old actor has now found success in all areas of his life for a second time. In addition to the high praises for his role in the supernatural drama, Barrack O’Karma <金宵大廈>, Joel also recently announced that he will be getting married with Apple, his girlfriend of five years.

Sharing some of the couple’s wedding photos, Joel announced that they will hold their wedding banquet in the beginning of November. The beautiful photos were taken in France and showcased the couple’s sweet relationship. Joel expressed, “In the five years that I was dating my wife, I didn’t do anything romantic for her. Now that we are finally tying the knot and entering the next phase of our lives, I wanted to take her to a romantic place to have our photos taken. I hope to give her a beautiful memory to look back on. France is a place I feel many women would like and enjoy. Additionally, my wife has never gone to France, so I wanted to take her there and take some beautiful photos. These photos will become our keepsake and an unforgettable memory between us.”

Reestablishing and forming many new friendships, Joel was able to solicit a friend to help take those photos. Not only was he able to save money, but was also able to get the results he wanted. “The photographer, Frankie, is the one who helped Benjamin Yuen (袁偉豪) take his photos and is also a good friend of mine. The makeup artiste and hairstylist are also familiar people I usually work with. The wedding gown was designed by Kev Yiu (姚子裕).”

Now taking a more practical and frugal approach to life, Joel expressed that money cannot buy happy memories. When asked how much the wedding banquet will cost, Joel said, “This happy memory cannot be measured by price. I am very satisfied with the end product of our wedding photos. As long as it is within my power, I will make sure my wife is happy. I hope everyone likes [the photos] too.”’ 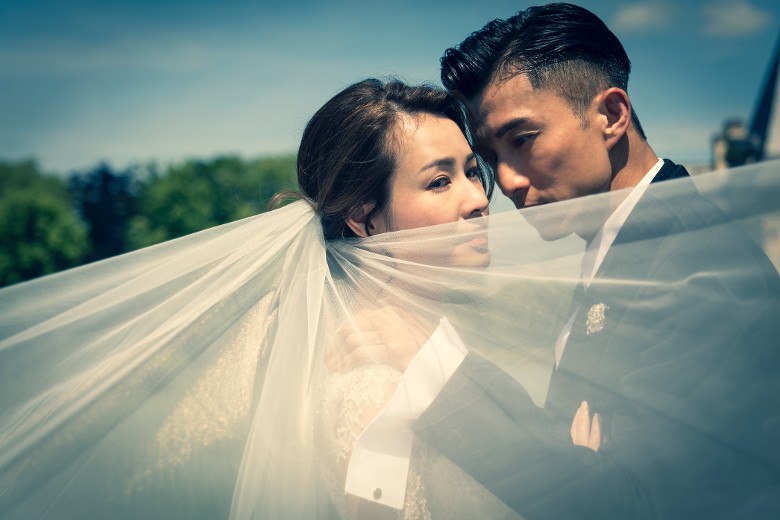 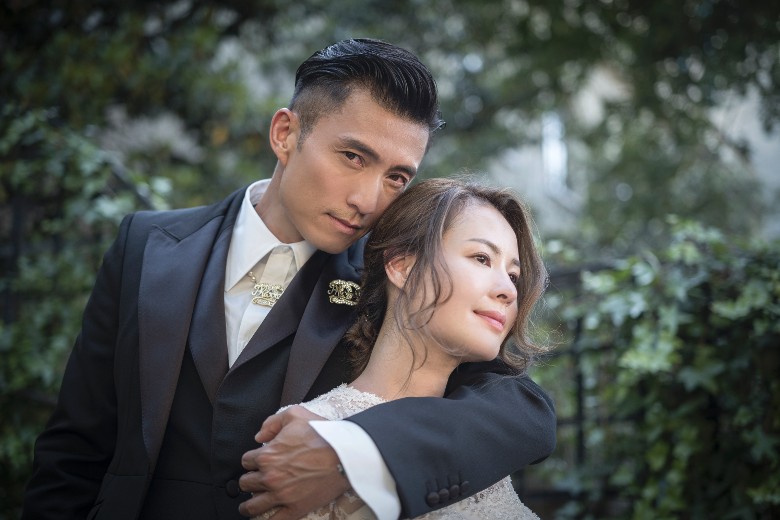 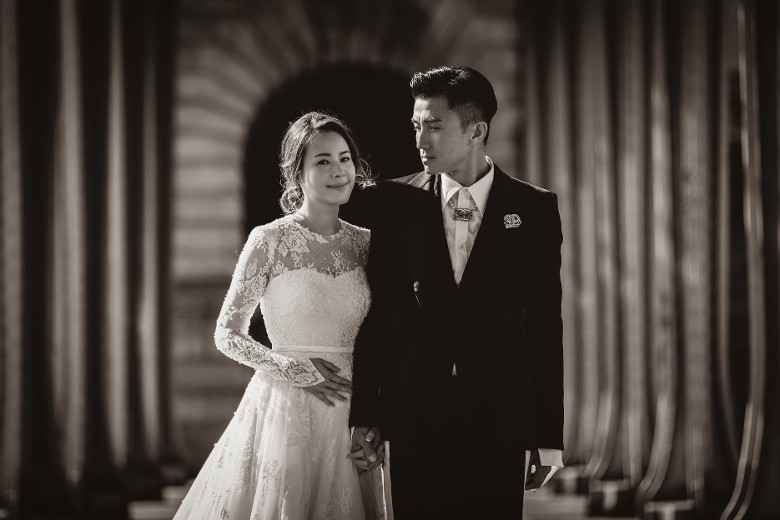 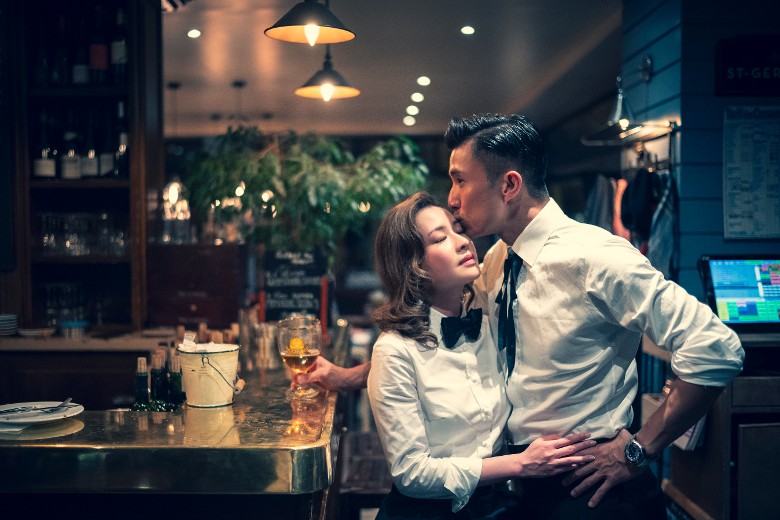